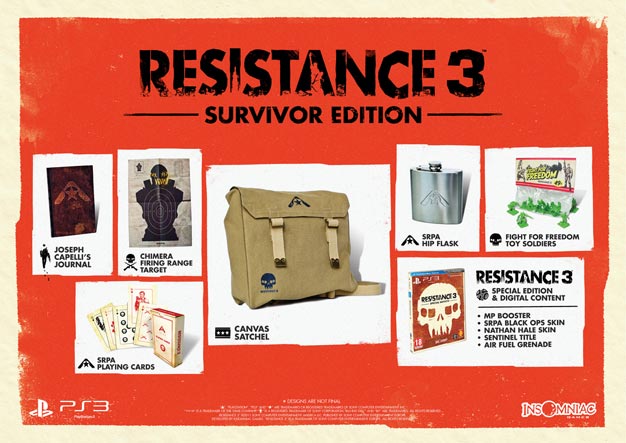 The Survivor Edition or Collector’s Edition of Resistance 3 has been revealed.  I’m sure it will officially be ready for pre-order everywhere.  This bad ass set includes a ton of stuff including:

It has been confirmed for US and PAL Regions in early September.  No price has been set yet but that is one cool set, I just don’t get the toy soldiers.