It’s always refreshing to see a new release in the FPS genre that tries to do things a little differently. Rather than delivering yet another gritty military shooter, Ground Shatter’s RICO London instead offers a flashy, explosive game inspired by buddy cop movies with a graphic novel aesthetic oozing style. Ahead of the game’s recent launch, we had the chance to send across some of our questions about RICO London to its developers. Below, you can read our conversation with designer James Parker. 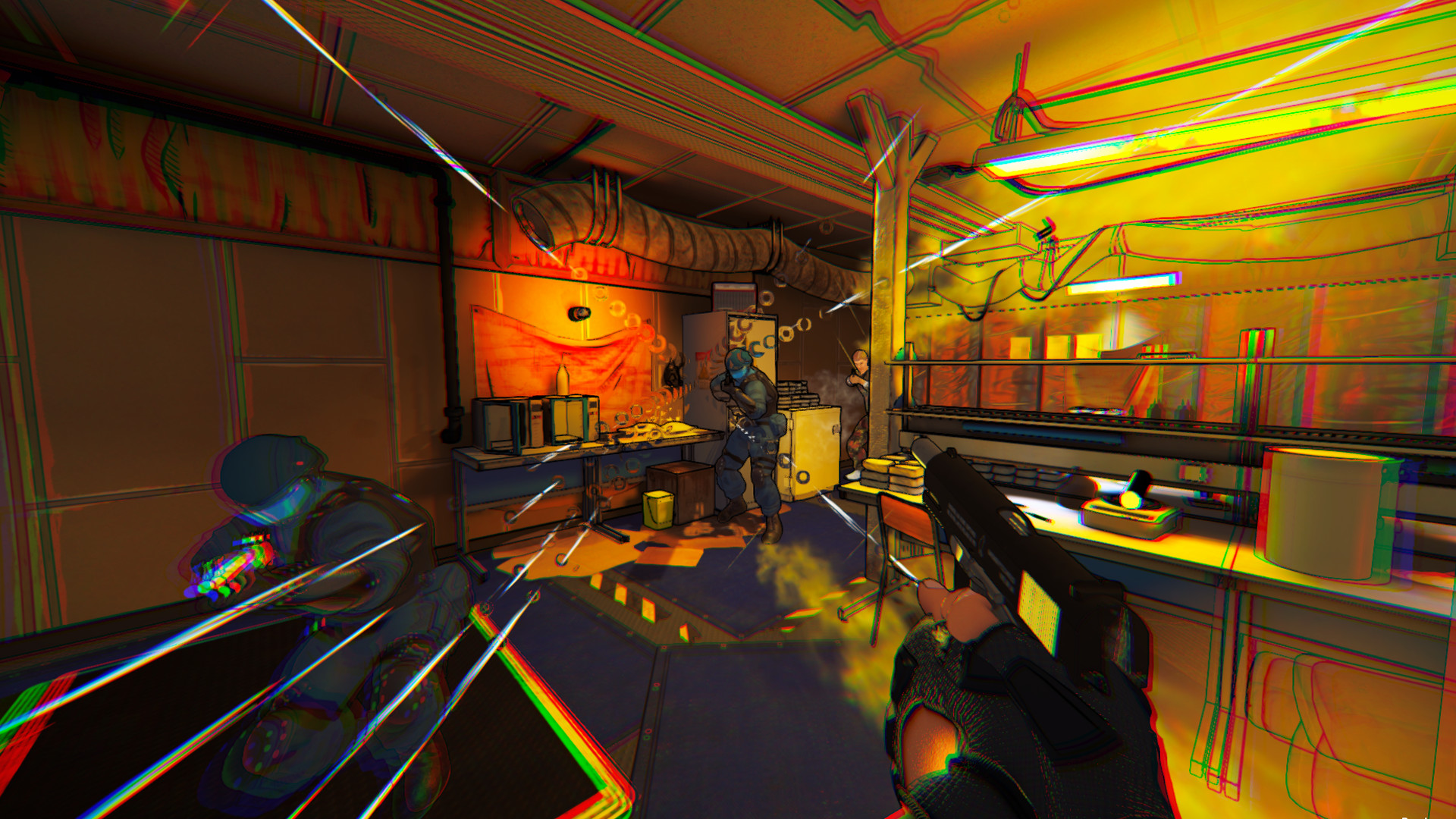 "The graphic novel aesthetic was a natural development from the first RICO, which had a stylised cell-shaded look, so with RICO London we wanted to take that further."

What was the process like of coming up with the graphic novel-style visual aesthetic for RICO London, and then implementing it in the game?

The graphic novel aesthetic was a natural development from the first RICO, which had a stylised cell-shaded look, so with RICO London we wanted to take that further.

The RICO series is heavily inspired by popular action cinema, and you can see that influence in everything from theme, visual aesthetics and gameplay. We want players to feel like they are the protagonists in a buddy cop movie from the 90s, so everything is over the top and unrealistic, from the action, the slow motion, the characters, all the way to the story and enemies. The graphic novel aesthetic was a good fit for the dynamic and punchy style we were going for, allowing us to give feedback to the player in a fast-paced way that looked cool and made sense within the world.

We were inspired by games such as XIII and Volition’s The Punisher for the look and feel of the game. It was important for us to encourage players to go for a score attack type of play, and the graphic novel-style lettering is great to communicate the action to the player in a way that is both stylish and instantly recognisable. We combined that with slow-motion, which adds a cinematic touch while allowing players to assess the environment and react quickly during the fights.

Given the game’s setting, what can players expect from RICO London as far as optional content and side activities are concerned?

Players can choose to crash their way through the building, going straight upwards as fast as they’d like, or explore the side rooms in various floors to maximise their score and collect tokens which they can then spend in the shops. There are some side objectives, such as saving hostages, but one of the things we wanted to do that is different from the first game is to focus more on the shooting side of gameplay, rather than give players objectives that force them to slow them down. So there are no bombs to defuse this time (you’re welcome).

RICO London’s premise of being set in a single high-rise building is a fascinating one. How does this lend itself to things such as variety in combat encounters or level design?

The first game took place in a modern US setting, with the environments inspired by Miami and more of a Bad Boys aesthetic. RICO London, as the name suggests, takes place in London, and we wanted the style and environments to reflect that, to create a real sense of place. We were inspired by the likes of Die Hard and Dredd to create the sense of the odds being against the player as they fight their way up a building.

The high-rise building features a variety of environments with different looks and feel, as well as many different possible configurations of rooms within each floor, from tight corridors to open arenas. The colour scheme is more muted and the environments are a lot more detailed than in the first game. There is a clear and obvious progression, starting from underground levels, passing through office spaces and residential areas, all the way to a showdown in the penthouse. But the levels are procedurally generated, which keeps things interesting in terms of navigation and gameplay.

We did take some liberties with the level design and environments. Realism was not the goal, so much as creating distinct environments that create fun opportunities for gameplay. Most high-rise buildings in London are not quite as idiosyncratic as ours. 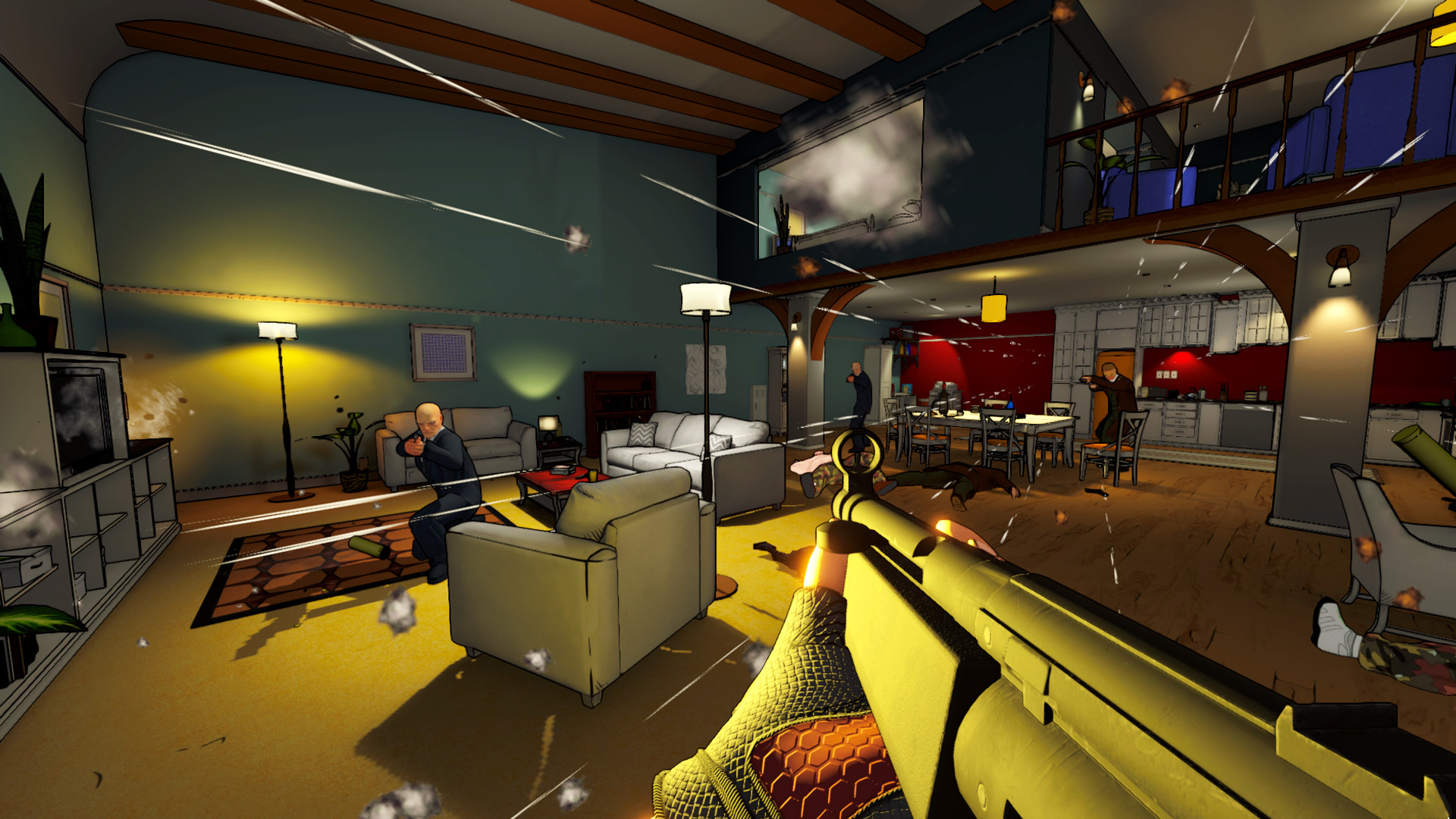 "We did take some liberties with the level design and environments. Realism was not the goal, so much as creating distinct environments that create fun opportunities for gameplay. Most high-rise buildings in London are not quite as idiosyncratic as ours."

How will the experience change the higher players progress in the tower? Will there be more challenging firefights or enemy types to contend with?

As the player progresses upwards through the tower, they meet different gangs of enemies who become harder and harder to beat. New enemies will try to stop the player with increasingly desperate measures and more firepower. As players uncover more of the story, their goals shift, and what seemed like a straightforward operation increasingly turns into something much more complicated, culminating in an epic showdown in the penthouse.

What can players expect from the weapons arsenal in the game in terms of quantity and variety?

We added a wide variety of weapons to the game, from sidearms to tactical weapons. In turn, each weapon has various special versions, which give you advantages such as better aim, speed and resistances. Players also have various throwable items available to them, from the usual, such as grenades, C4, and flashbangs, to the more unusual knives and axes. If you kill an enemy and they drop their weapon, you can pick it up and immediately start using it, or simply get their ammo to continue fighting.

The names and skins of the special weapons are inspired by action movies from the 80s and 90s, as well as cultural references to London in 1999. Highlights include The Queen, a golden M249 machine gun, and The Great British Sawn-Off (which is a bit anachronistic, but we couldn’t resist).

Can you talk about the game’s customization and progression mechanics? How extensive are these systems going to be in letting players craft their own builds and play styles?

The more the player explores the building, and the faster they move, the higher their score. The higher their score, the more tokens they earn to spend in the shop. The shop gives them a random assortment of upgrades, weapons, and other pickups. Some of these are also available throughout the levels, which is a change from the first game, and prevents players from having to stop the action for too long in order to get a shiny new piece of equipment.

Upgrades allow players to customise their character and power up their desired style of playing. For example, they may want to become even faster and more accurate, to share their pickups with their partner, or to upgrade their sliding and diving abilities, among other choices.

With RICO London also being playable co-op, how is the game balanced in terms of difficulty and design to ensure that both solo and co-op play are viable? Would you say one is the preferred way of playing the game?

In solo play, the player is on their own, but has a walkie talkie that allows them to communicate with their partner (in the style of Die Hard) and boss. It’s a fun but hard challenge, as all the enemies will be focused solely on bringing you down!

In co-op, players have more strategic options. They have to coordinate so that no one is left behind, concentrating their firepower to take maximum advantage of slow emotion and eliminate threats as quickly as possible, all while being careful to not accidentally kill their partner. One difference from the first game is that the slow motion supports the co-op play style, as it encourages you to stay together, entering the same room through different doors or breaching adjacent rooms at the same time.

We made the game with popular buddy cop movies in mind, so we spent some time developing both playable characters and the ways they interact with each other. The excellent voice actors we worked with were a huge part of bringing those characters to life. However, we hope that most of the banter will happen in real life, between players – that’s the kind of fun we’d love them to have while playing! 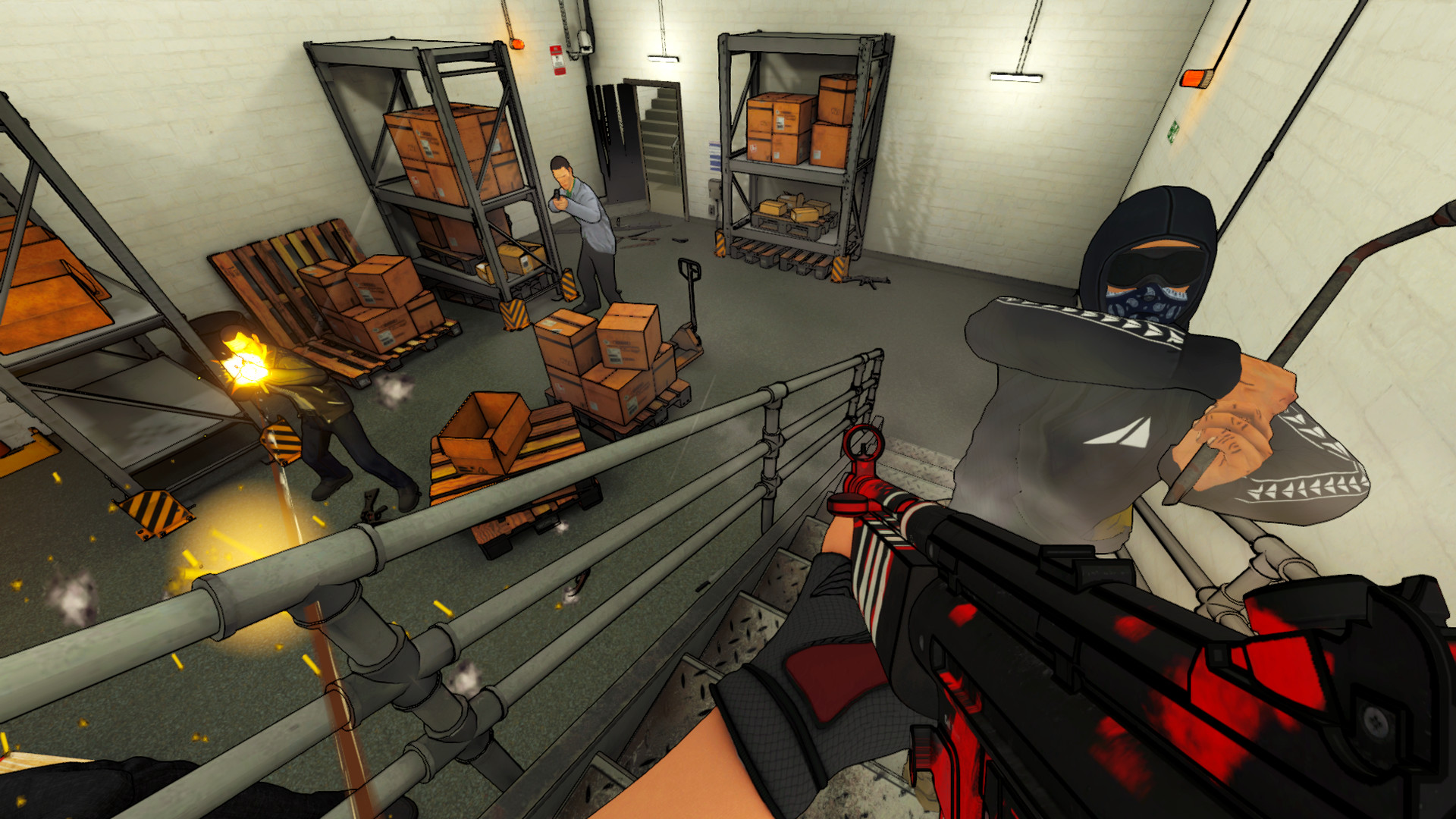 "We made the game with popular buddy cop movies in mind, so we spent some time developing both playable characters and the ways they interact with each other."

Do you have any plans to add PvP modes to the game?

Not at this time! Our aim for multiplayer was to create a cool cooperative gaming experience, for couch and networked play, as we feel there aren’t enough of those. We found with the first game that people enjoyed it precisely because it filled the gap left behind by the lack of triple-A shooters that still support co-op, and we want to continue to support fans of the genre.

It depends on how much of a completionist players are, and how high a score they want to achieve. The game’s structure very much rewards repeat play, so it’s going to take a few replays to see everything on offer, and if people are playing on the normal difficulty level, there’s no second chances, so we don’t expect players to finish the game on their first try! Then there’s the Daily Play, which extends the lifetime of the game as it allows players to compete against other people, in solo or co-op play, to achieve the highest score.