Ride 2 Coming to PS4, Xbox One, and PC This Fall 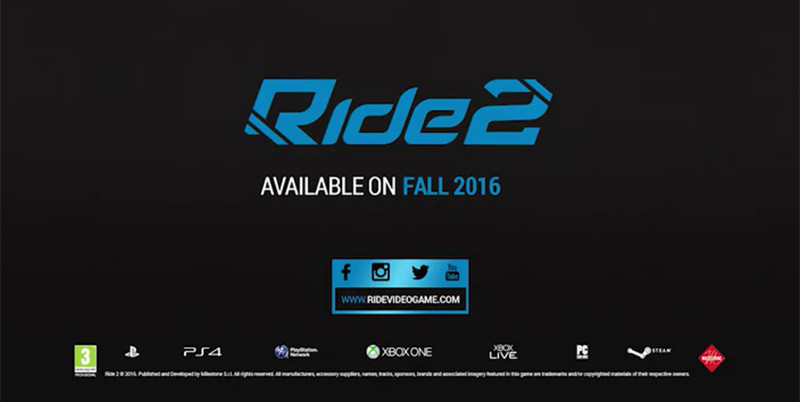 Milestone Interactive will be launching Ride 2, the sequel to their first original game which launched on Xbox, PlayStation, and PC last year, in Fall this year on the same platforms. The new game is going to be a sequel to the motorcycle racer that Milestone released last year, to general appreciation from players.

However, nothing more is known of this new game- we know that it exists, we know the platforms it is targeting, and we know the date it is due to be out, but no details about the game itself are known. Over 200 new bikes, some brand new tracks, and even more in depth customization than last year’s game are promised, however.

You can check out the debut teaser for yourself below. Ride 2 will be out on Xbox One, PS4, and PC this Fall- will you be getting this game? Let us know in the comments section below.