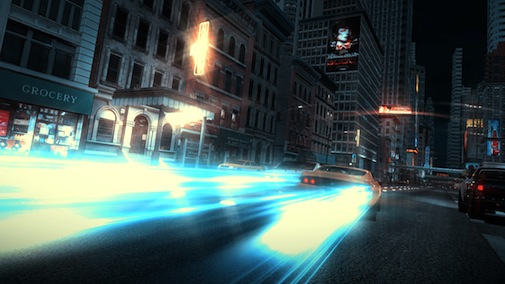 Let me preface this preview with the admission that going into this preview I wasn’t really expecting much, especially given that Ridge Racer 7 was one of my least favourite racing games of this generation. Like the old saying goes, time makes fools of us all and I came out of Ridge Racer: Unbounded with a newfound sense of optimism not just about this game itself -although at this very moment I think it could prove to be the break-out surprise of 2012- but of life as a whole, anything was possible! That was, until I got to the North Circular in rush hour. 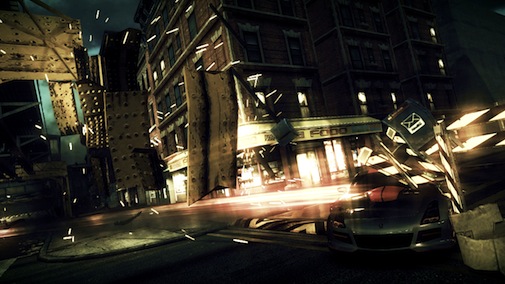 Lest we forget it’s been a solid 5 years since Ridge Racer 7 came out in Europe, which has brought forth a sense of maturity and a much more structured approach. It’s the first title to be developed by Bugbear Entertainment, previously know for the FlatOut series -the sixth generation’s answer to Destruction Derby- although still sporting the Namco Bandai badge of expectation. Up until now I’d always seen Ridge Racer titles as far more suited to the arcade than the console but Unbounded represents a huge paradigm shift which can only serve to help the franchise thrive and give the Need for Speed titles a much needed serious competitor, although I’m not all too sure Unbounded is quite the snappy, concise term they were looking for. 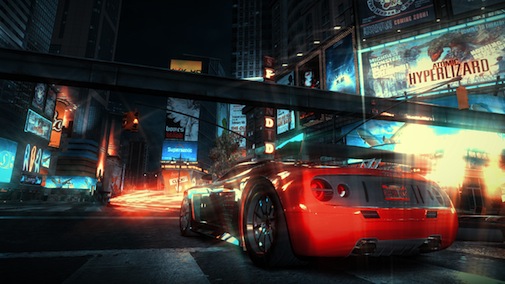 In our hands-on session with the game, we were treated to a vast array of tracks and game-types, as well as a tasty, if brief, morsel of multiplayer. Namco seem to have shied away from the largely track-based arcade facade for a more urban cityscape, with a large portion of the tracks now also at night, in the fictional city of Shatter Bay. Also seemingly departed is the previously ever present Ridge Racer announcer, which isn’t at all a bad thing. Even the cover art highlights such a departure from the norm, the font uncannily similar to vast swathes of the Need for Speed franchise and the comparisons don’t stop there, either. 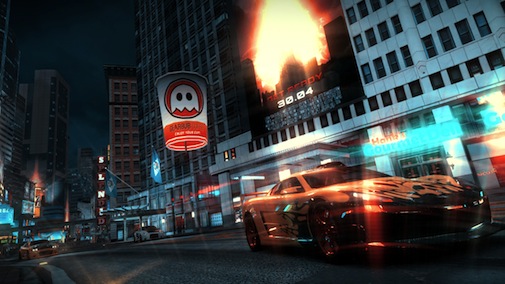 Unbounded plays almost exactly like the bastard lovechild of Need for Speed: The Run and Burnout 3 and builds upon the best elements of each to create it’s own driving experience, delivering an exhilarating experience all round. Drifting is still at the core of the gameplay but seems to have been assuredly tightened and made more difficult, creating a burgeoning sense of reward; no longer just a case of tap-and-go, a more nuanced approach is required from the racer. Drifting and drifting well are rewarded in-game with both boost and the chance to destroy vast swathes of Shatter Bay. Once activated, Rage mode allows the discerning racer to literally smash through buildings and carelessly placed lorries full of petrol, with some rather delicious results. Also present are takedowns, shamelessly lifted directly from the Burnout series but not without reason and are executed relatively well, the single downside being that the fire graphics from exploding cars are decidedly mediocre and seem out of place within what seems like a very polished game, although this may differ in the finished product. 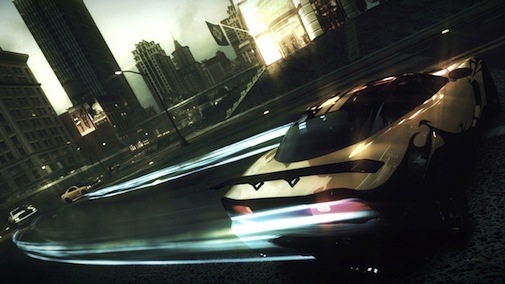 Game modes vary from the typical race mode, a drifting mode as well as an utterly ridiculous Takedown mode which perfectly replicates the violent chaos which was the staple of Burnout 3. You control a Big Rig whose goal is to both outrun comically vast numbers of police cars whilst also brutally crushing them down into a fine paste, a game mode as brilliant as it is utterly mad. 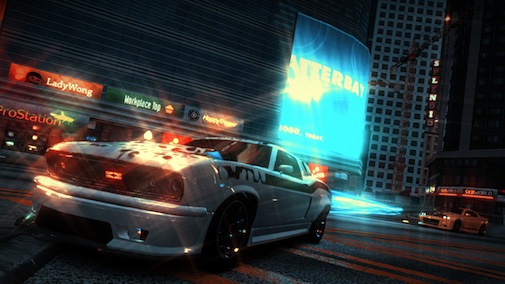 The online portion is solid and whilst not yet confirmed as to exactly how many online players the game will support, we raced comfortably with 8 contestants without nary a hitch, delivering precisely what one would expect from a modern online racer. Ridge Racer: Unbounded has certainly taken be my surprise and I won’t be surprised if I’m not the only one and may well serve to be the surprise of the year, giving the boys and girls at EA some definite food for thought.

This game was previewed on an Xbox 360 debug unit.