The latest content pack isn’t revolutionary but it packs a significantly large amount of gameplay.

It’s been an eventful year for massively multiplayer online games but many of the results are a matter of opinion. You may enjoy the shooting and overall addictive nature of Destiny but bemoan the lack of content and the random number generator system that dictates which loot you receive. You may like the Raids and combat system of WildStar but find problems with the PvP mechanics and overall world development. You may have even been sucked back into World of Warcraft with Warlords of Draenor and found plenty to like. That doesn’t mean you won’t come across your fair set of criticisms.

That being said, Trion Worlds’ RIFT is itself a divergent game. It sticks to many of the tried and true tropes of MMO games like questing and earning experience to level up while hunting for better gear. However, it introduces its own little nuances to make the game unique to genre veterans and to make things even better, it’s gone free to play in recent months. That’s a whole ton of content to experience without needing to subscribe.

So without any further ado, we come to the latest expansion/update Nightmare Tide. 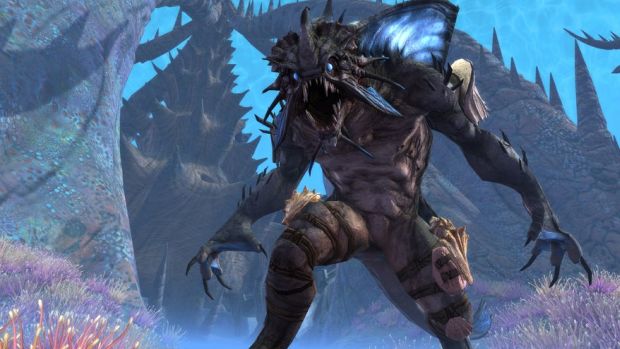 "Trion Worlds has put in significant effort to make these areas stand out and even if you're not a big fan of coral reefs or deep sea diving, it's hard to deny that the new areas in Nightmare Tide are gorgeous."

As if Telara hadn’t seen enough death, destruction and disarray with the various rifts breaking out, it now has to deal with the onset of nightmares. An attack on the king and queen of Telara prompts you to explore the new Plane of Water in order to combat these nightmares. This means many things, including new gear, new Rifts to explore, new Aquatic Mounts (including a bad-ass Shark Mount that can walk on land), increasing the level cap to 65 and three large zones full of quests.

The three new zones in the Plane of Water are Goboro Reef, Draumheim and Traken Glacier. If it weren’t obvious by now, Nightmare Tide takes place completely underwater. This introduces some interesting new movement and exploration possibilities as enemies can attack from both beneath and above you. Trion Worlds has put in significant effort to make these areas stand out and even if you’re not a big fan of coral reefs or deep sea diving, it’s hard to deny that the new areas in Nightmare Tide are gorgeous.

Experienced players will no doubt want to blaze right through to the action. The new set-up of quests may disappoint slightly since they entail the usual “Kill X number of enemies” or “Fetch this item and deliver it to that location”.  Nonetheless, it’s still a blast to battle hordes of enemies and explore the world around you, learning more about this most recent catastrophe in the process. As a fan of WildStar’s combat system, which included threat circles and interrupts, it felt a little weird to suddenly go back to the point and click method of attacking. That’s purely a personal preference though and the combat in Nightmare Tide is responsive enough.

The main attraction to the newest update isn’t with the Instant Adventures or quests but in the new Nightmare Rifts. These aren’t like your typical rifts at all – rather than having a fixed set of tiers to complete, Nightmare Rifts allow you to keep going until the time eventually runs out. It’s possible to progress through several dozens of tiers, with increasing difficulty, until you eventually have to call it quits. It’s a simple but fun addition, one that provides different kinds of loot but also serves as an objective-type mode to enjoy with friends. While there have been some complaints with the loot obtained in the new Nightmare Rifts, I had a blast with them. 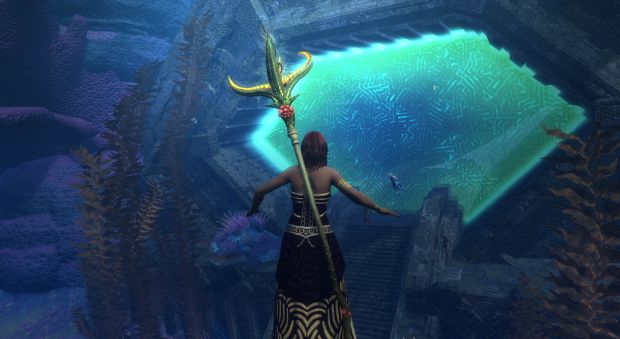 "Rift: Nightmare Tide may not feel like an overwhelming expansion but it's a solid update that provides tons of new content, a lifeline for lower level players and plenty of opportunities for more experienced players."

While one hasn’t had a chance to experience the new Raid, it’s a testament to how much content is contained within Nightmare Tide in addition to the new story missions, Nightmare Rifts and such that even end-game players will find plenty to do. Keep in mind that adjustments have been made to the older raids with Nightmare Tide so if you feel like going back and conquering them on Expert, you also have that waiting for you.

Other new changes that Nightmare Tide brings to Rift are the revamped Mentoring System, which allows players above level 10 to immediately attain maximum level and enjoy the new content (with some restrictions of course), and the new Masteries. Those who rise above level 60 will have five new Mastery tiers to choose from.

When you hit level 61 onwards, each new level provides a choice of four different abilities within that Mastery. If you opt for the Warrior’s way, you can either extend your life with Dying Breath or choose to regain 25 percent of Endurance every 3 seconds with Enduring Survival at level 61. It’s an interesting twist to the end-game leveling and allows for even more customization for veteran player skill sets.

Rift: Nightmare Tide may not feel like an overwhelming expansion that significantly changes everything till now – like, say, Warlords of Draenor for WoW – but it’s a solid update that provides tons of new content, a lifeline for lower level players and plenty of opportunities for more experienced players. I’ve felt like I’ve only scratched the surface of it all – to think that there’s even content to get lost in is incredible.