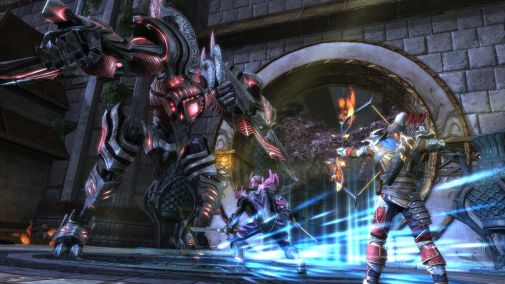 Despite Zynga’s terrible turn of events throughout 2012 that saw multiple senior level executives leave and stock prices fall, the company is still turning a profit and is endearing enough to professionals within the industry. Such is the case with RIFT producer Hal Hanlin who gas left Trion Worlds to be a part of Zynga as a lead producer.

Working with Trion for 4.5 years, Hanline recently posted on his FB page that, “This is a huge opportunity for me professionally, and I will be working closely with some good friends. Nothing but love for Trion, but with the maturation of Rift, there was no urgent demand for my specific skill set.

“Thanks and deep respect to the people I have shared this whitewater ride with. Now it’s time for some new horizons.”

Those new horizons will involve Zynga’s upcoming Solstice Arena, which is in development at A Bit Lucky, acquired by Zynga. The title will reportedly be multi-platform.