Colony simulator RimWorld is making its way to PS4 and Xbox One. The console release is set for July 29, and will launch alongside the Royalty DLC on consoles. 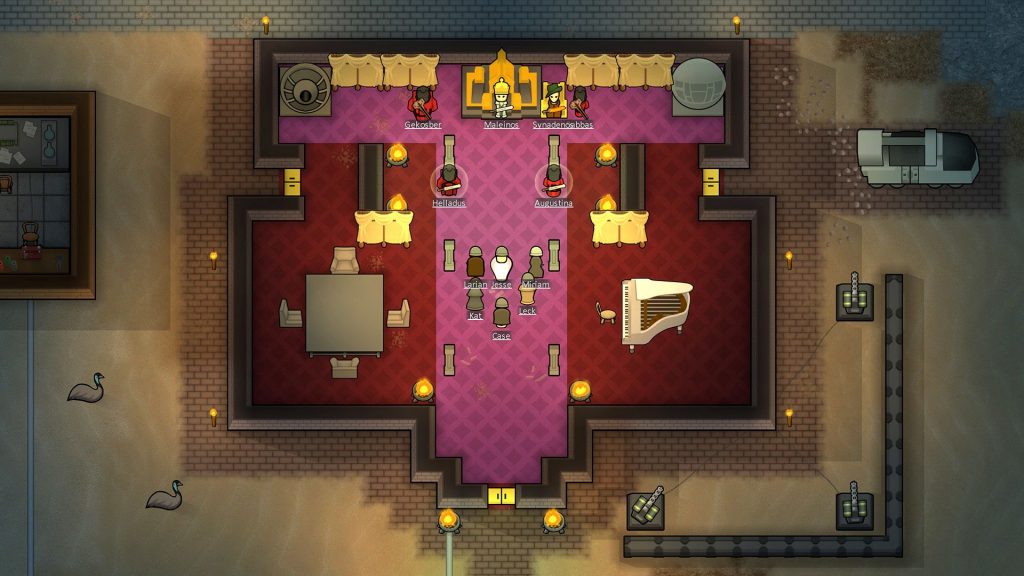 RimWorld is coming to PS4 and Xbox One on July 29. The console release of the game is priced at $39.99, and digital pre-orders for RimWorld: Console Edition are now live. The announcement comes alongside a new trailer. Check it out below.

According to the FAQ page on RimWorld: Console Edition‘s official website, alongside the base game, the studio will only be releasing the Royalty DLC. There is no word on when the other RimWorld DLC, Ideology, will be released on consoles.

The studio made this decision because of how much RimWorld‘s UI has to be changed for consoles. Since the game has enjoyed most of its time on PC, all of the game’s DLC make heavy use of new windows that can be easily navigated with a mouse and keyboard, but would pose problems on a controller.

The Royalty DLC will be available as a sole purchase, as well as as part of a Digital Deluxe edition, available on launch day, will include Royalty alongside the base game. There will also be no support for game mods on launch, but the studio is exploring possibilities for bringing mods to the console release in the future.