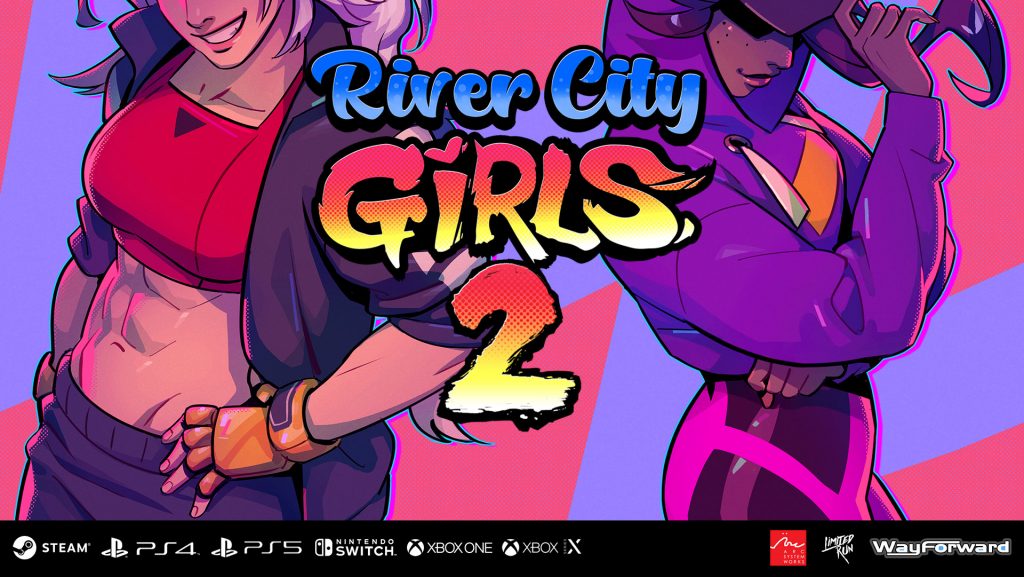 It’s been a good day to be a fan of River City Girls. In addition to the original game getting a PS5 port and a physical release courtesy of Limited Run Games, publisher Arc Systems Works and developer Wayforward also announced River City Girls Zero and River City Girls 2. The former is slated to release later this year, while the latter will drop in 2022.

River City Girls Zero is a localized version of Shin Nekketsu Koha: Kunio-tachi no Banka, which was originally released in 1994. It will launch for Switch in late 2021 and “other platforms” later. Limited Run Games will produce a physical edition. According to the publisher, “River City Girls Zero lets players experience the first time that Misako and Kyoko teamed up with Kunio and Riki to take to the streets in hard-hitting, curb-stomping action. While the graphics, music, and gameplay all remain true to the classic 16-bit Super Famicom release, this version marks the first time the 1994 game will be localized for the West. A new opening cinematic, new manga cutscenes, and new theme song by River City Girls composer Megan McDuffee have been added as well.”

River City Girls 2 will release for PlayStation 5, Xbox Series X|S, PlayStation 4, Xbox One, Switch, and PC via Steam. Limited Run Games will be producing a physical edition for this game as well. According to the publisher, “Picking up shortly after the original, River City Girls 2 once again put players in control of Misako and Kyoko—as well as Kunio, Riki, and other characters—as they set out on an all-new beat-’em-up adventure across the mean streets of River City. New moves, new enemies, new recruits, new environments, and the return of an old foe await, along with the same over-the-top sense of humor and adrenaline-pumping combat of its predecessor. The game will also feature two-player co-op action both locally and online.”