Robocraft Infinity Interview: ‘ID@Xbox Program Is Something We Were Really Excited To Be Invited Into’

Freejame Games’ producer Phil Davidson tells us everything he can about Robocraft Infinity.

Robocraft will be making its way to the Xbox One, Xbox One X and PC in the form of Robocraft Infinity. In order to know more about how the game is shaping up we got in touch with Freejame Games’ producer Phil Davidson. Check out our full interview below.

Robocraft Infinity exudes a strong MechWarrior-like feel. What inspired the concept of the game and building one’s own mechs from scratch?

Freejam has always focused on UGC (User Generated Content). Giving the players the freedom to build whatever they want and a world in which to use it was the primary driving factor for Robocraft. Obviously doing this with mechanical constructs is much easier than biological ones and everyone loves battling mechanised weapons of war, thus Robocraft was born.

How feature-packed is the editor for the game and how do you make it accessible enough to first time players?

The editor allows players complete creative freedom to design and build whatever they can imagine. The editor itself is from a first person camera so anyone familiar with titles like Minecraft will immediately understand how to place and remove blocks. We then have different categories for movement types, weapons and modules.

On top of all that are the great customisation options from simple ones like painting your robot block-by-block whatever colour you want up to attaching fearsome masks to taunt your opponents in battle.

What are some of the different combinations of weaponry and functionality that players can create with the editor (examples would be appreciated)?

We expand that beyond the experience users may have had elsewhere by adding categories of “blocks” such as movement types (tank tracks, helicopter blades, mech legs), weapons (plasma cannons, rail guns, tesla blades) and specialist parts called “modules” that gift the players creation with abilities like teleportation or invisibility.

You could build a large tank with lasers designed to be a frontline brawler, soaking up damage for your team while laying down sustained fire. You could be a plasma bomber, a plane designed to move fast, hit hard with a blanket of plasma explosions and escape to the skies. Or you could be some sort of hybrid. Perhaps you take wheels to get you where you need to be and then add a flak cannon to deal with the pesky aforementioned plasma bomber or you add some nanos to your robot that allow you to heal your tanky team mates. I could write an essay on the possibilities but it’s easier to just pick up the game and see! 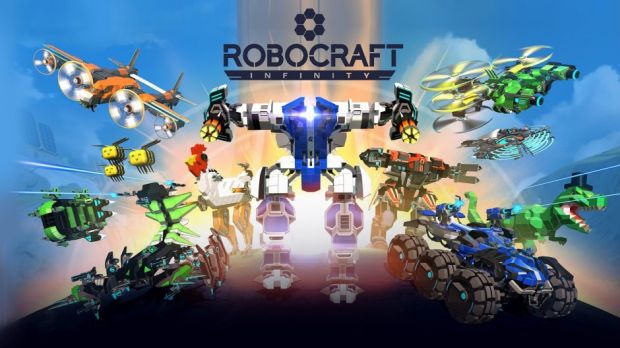 "As with any competitive PvP game there will be an element of an “optimal meta”, high-end players will gravitate towards robots that prioritize battlefield effectiveness over any aesthetic concerns."

How does the game’s progression tree work and keep players invested for the long haul?

Progression in the game is ultimately skill based, nothing is locked off to a level 1 player that would be available to a level 100 player or a level 1000 player. Players earn (or can purchase) salvage crates by participating in battles. The better they do, the higher the chance of getting a rarer part, weapon or cube. Players start with a selection of premade robots that they can fight with. Over time they will accrue more parts with which to upgrade their existing robots or to create brand new machines of destruction. We also have a Community Robot Factory which allows players to effectively upload designs of their robots which players with the correct parts can download and play with. Whether you want to hone your skill in battle or build a meta-defining robot, there is something for everyone to constantly do and improve at.

What other modes are available for play aside from 5 vs. 5 team deathmatch?

The core of Robocraft is our Battle Arena game mode. This is a 5v5 game with capture points and bases. Players vie for control of ⅔ of the capture points and if they are able to own all three, the enemy team’s protective shield will be lowered and they will be able to attack their opponents base to power their protonite weapon and eliminate the enemy base for victory.

On top of this we have a ranked variant where players can test their skill against other players and earn badges to show off what rank they have achieved.We also have a Brawl mode which rotates regularly, offering fun variants of combat and fun game modes. We also support the creation of custom games: modes where the rules are set by the player and populated with whoever they want to invite into battle.

How tough is to balance out the various parts, configurations and such when it comes to combat? How do allow players to strive for skill-based play while keeping build diversity?

As with any competitive PvP game there will be an element of an “optimal meta”, high-end players will gravitate towards robots that prioritize battlefield effectiveness over any aesthetic concerns. We constantly re-evaluate the balance of the game and listen to community feedback to ensure no one build is the only viable build. We want all movement parts and all weapons to be viable but we definitely do not make it easy for ourselves; we release new parts on a fairly regular basis to make sure we keep the game fresh and even the most seasoned of players trying out new combinations.

Given the game’s success on Steam, what motivated the desire to bring it to Xbox One but not PS4?

The ID@Xbox program is something we were really excited to be invited into. It gives us an opportunity to bring Robocraft to even more people who may not have played it and in a fresh new revision that is Robocraft Infinity. Historically being a primarily PC game means we have a huge audience, over 13 million registered users, but with the potential pool of people out there not limited to just PC we would be foolish to pass up an opportunity to bring more people into the Robocraft community.

What are your thoughts on some of the criticisms that long-time players have had with recent updates, especially when it comes to changing the game’s progression?

Moving from a vertical progression system to a horizontal progression system was not a change we made lightly. We looked at all the feedback as well as various sources of data we have on how player play the game, how long they play for as well as examining how other games do it. We decided that having something like a tech tree offers a easily understandable progression and obvious targets to aim for but also restricted what users could do. If you love flying planes but hate racing games and we force you to grind levels as a buggy until you unlock wings, why would you stick with us? The same for people who love to play snipers and we force you to brawl with lasers until you can unlock rails. Allowing users to earn robits and random parts as they go via salvage crates earned from matches, means that people can play how they want as well as being offered a chance to try new things if they get them.

"PS4 has a very large user base to be sure, but we are focussing our efforts on supporting our Xbox and Windows 10 launch of Robocraft Infinity."

Will there be cross platform play for Windows 10 and Xbox One users?

PC and Xbox One players will be able to play together as long as they purchase a copy of Robocraft Infinity. The game is also part of Microsoft’s Play Anywhere initiative, which means if you buy the game for PC digitally you’ll also get an Xbox One version and vice-versa.. We will be considering carefully how to make the cross platform play as fair as possible for everyone.

What future content can be expected for Robocraft Infinity? Will such updates release on PC and Xbox One at the same time?

We have a lot of content in the pipeline for Robocraft and we plan to move as much of it across to Infinity as possible. Where Robocraft will continue to receive regular small content drops, we imagine larger regular updates for Robocraft Infinity as well as downloadable content.

Following the release of the base game, will you release the game on other platforms like PS4? And is there is a reason why you are not launching on the PS4 given its larger install base?

PS4 has a very large user base to be sure, but we are focussing our efforts on supporting our Xbox and Windows 10 launch of Robocraft Infinity.

We aim to support both 4k and 60fps when we launch on Xbox One X. This obviously presents new challenges to the team as we’re updating the core game code that is now almost 5 years old but we think you’ll be pleasantly surprised with just how good Robocraft Infinity will look running at 4k.

What is the resolution and frame rate of the base Xbox One version? 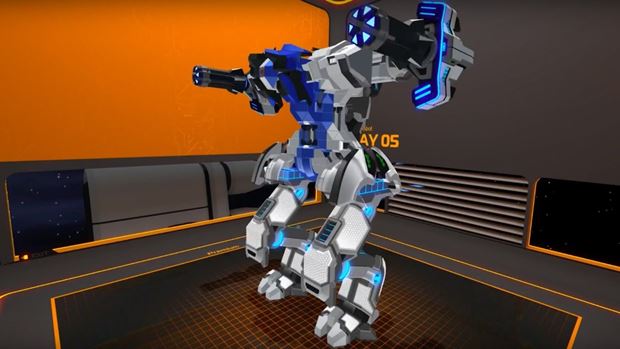 "The release of the Xbox One X shows a commitment from Microsoft to keep updating more frequently to keep console gaming experiences competitive with their PC counterparts, that’s one of the many reasons we’re excited to be releasing Infinity on Xbox One."

Xbox One X features a high end GPU. What kind of benefits did it gave to you compared to the Xbox One?

Robocraft Infinity has been based off the original Robocraft code base with numerous improvements made to it, both in terms of performance, usability and features. The core game will run on a dual-core i3 so the more power have had to play with the faster we can make it run. We’re still able to support the low-end machines that will potentially run it on the Windows 10 version while the Xbox One X allows us to support 4k.

Given that the Xbox One X is powerful in its specs, do you see a longer life cycle for it?

I think that console life cycles have been getting progressively shorter, if you look at the gaps between generations. The release of the Xbox One X shows a commitment from Microsoft to keep updating more frequently to keep console gaming experiences competitive with their PC counterparts, that’s one of the many reasons we’re excited to be releasing Infinity on Xbox One.

I just wanted to take you back to the earlier Xbox One days. The console’s eSRAM was painful to work with. Many developers had issues with it. Is it still that much of a problem in case of Robocraft Infinity?

Because we are using Unity to develop the game we don’t have to delve to that level for many things. It’s possible it may cause problems further down the road when we come to optimisations but our CTO (Chief Technical Officer) is confident that we have all the power we need from the Xbox One and Xbox One X to make Robocraft Infinity an exemplary gaming experience for all players.

I think we have covered everything we need to for now :). Oooo wait there is another thing, we’ll continue to make announcements about Robocraft Infinity in the run up to launch Early 2018. If you want to keep up to date with those announcements please visit RobocrafInfinity.com and sign up for an account. Thanks for chucking over these awesome questions!