Rocketbirds 2: Evolution Coming To PS4 and PS Vita On April 26 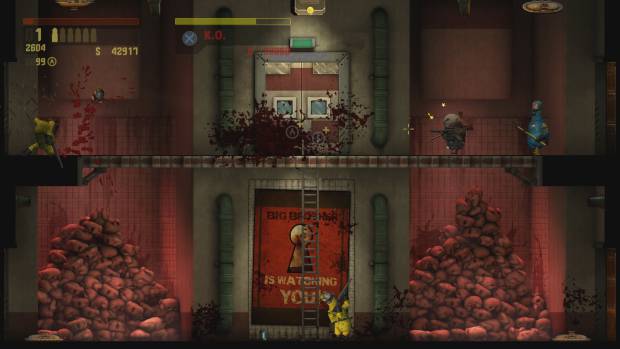 Ratloop games has officially announced they are going to be launching Rocketbirds 2: Evolution on the Sony PS4 and the PS Vita on April 26. Along with the announcement of the release date, the company took to the PlayStation blog to share a bit more information about the game, particularly one mode known as rescue mode. The game is going to have a six chapter story mode, but the rescue mode appears to be the mode the company is most proud of.

In order to show off this mode, the company put together a video titled “A Chicken’s Guide to Killing Penguins.” This mode is one where four friends, either offline or online can team up and basically go loot hunting. The loot hunting can lead to finding a number of different items as well as hostages that were being held behind enemy lines. When players do find a hostage, they will actually be able to join the team as a character you can then customize.

Ratloop also unveiled a number of new weapons that are going to be included in the game, such as the Mossy Shotgun. You can check out more about this sequel to Rocketbirds: Hardboiled Chicken, in the video below. The game will have crossave and cross buy features, meaning getting it once will give you access to both the PS4 and the PS Vita versions.