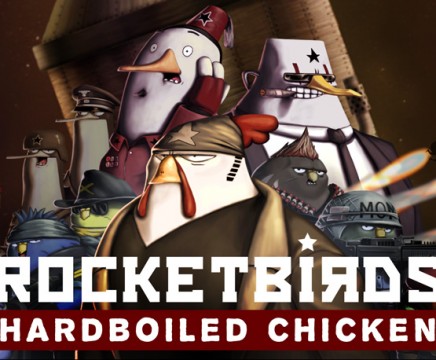 Rocketbirds: Hardboiled Chicken is now out for the PC, and you can buy it just for $10 via Steam, Rain Digital Games, GamersGate and GameStop. Having been released on the PS3 last year via PSN, the PC version has bonus contents such as new game modes, new difficulty levels and more, according to the devs.

“The PC version of Rocketbirds: Hardboiled Chicken is a terrific next step for the Rocketbirds franchise, and with the addition of off AND online co-op, people everywhere can now experience a terrific campaign with their friends on the couch or across the world,” said Ted Lange, executive producer for Reverb Publishing.

The game includes co-op and a single player campaign. It “expands the Rocketbirds universe” with extra characters, puzzles, missions and more.

You can buy the game through the links given above.