Tons of special offers and additional content are up for grabs with the Vita version.

Who thought sentient chickens with guns who get their information from “Tweeter” could be so compelling? Ratloop Asia, has just announced that Rocketbirds: Hardboiled Chicken will release on February 12th for PlayStation Vita. Amazingly, the game has succeeded in Asia despite being exclusive to Playstation Plus members. Now it’s poised to take on Europe and the US. 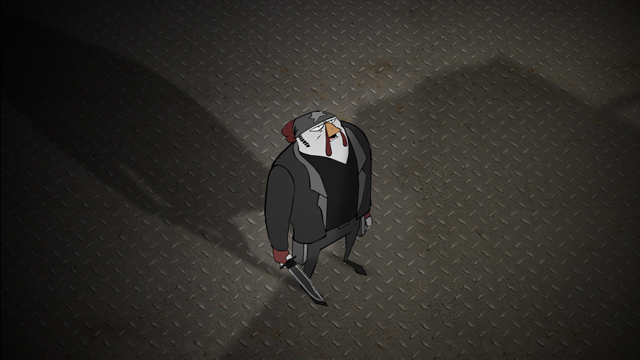 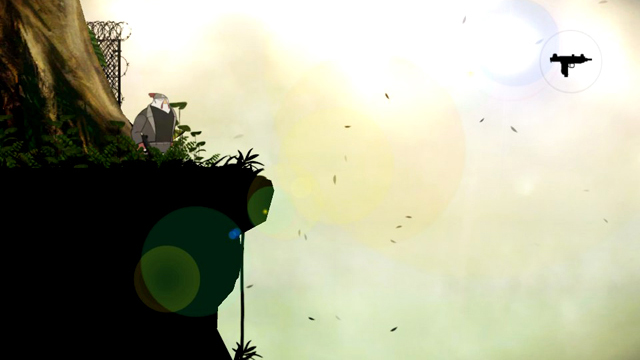 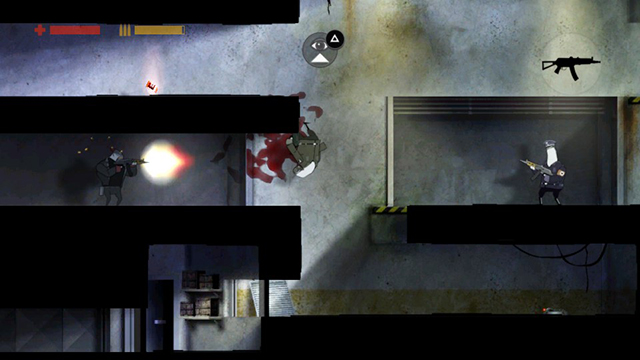 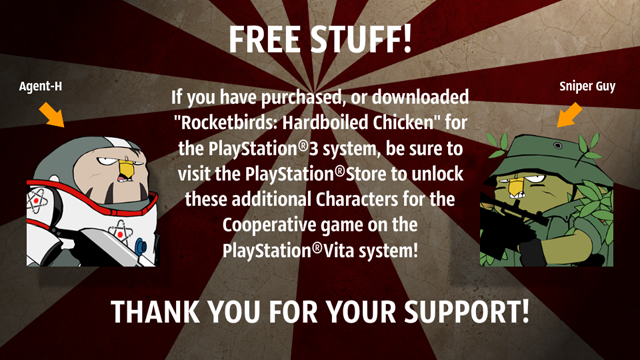 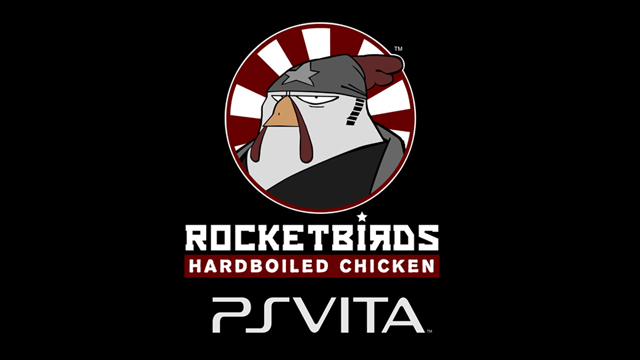 The story revolves around chickens taking on penguins in an action adventure title where the singular goal is birdicide (yes, that’s an actual word. Look it up). Check out the gameplay trailer below.

Though initially on the PS4, the PS Vita includes new tilting stages along with online co-op, Adhoc play and two difficulty settings. This goes with the new end boss, improved graphics and modified gameplay in select chapters quite nicely.

And for those who’ve already partaken of the PlayStation 3 version, two additional co-op characters – Sniper Budgie and Agent H – will be made available along with a discount on the Vita version. Did we mention Playstation Plus members can avail of special offers when Rocketbirds releases? Lucky ducks.