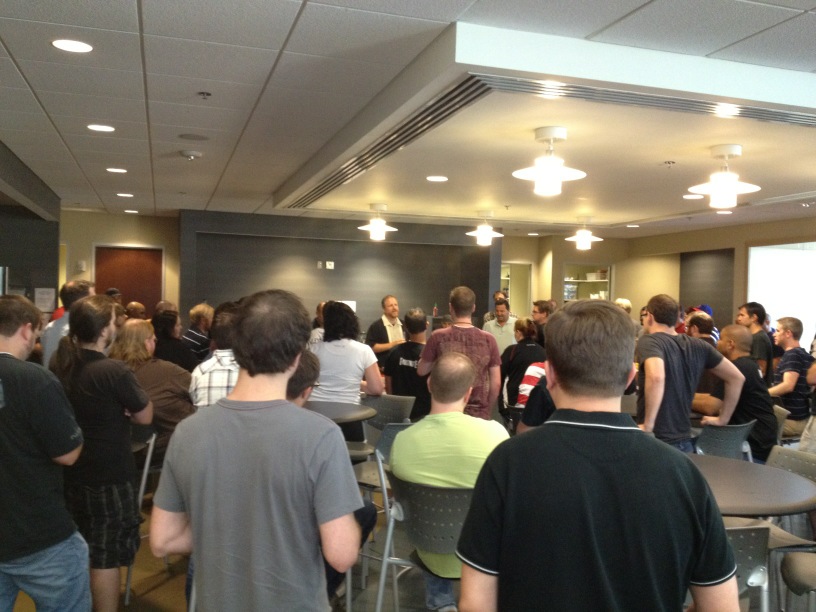 Executive producer of the Gears of War series has announced that he will be now joining Irrational Games, who are currently developing BioShock Infinite and have a bunch of problems on their hands.

He announced this on Twitter of all places, confirmed an earlier rumour from Kotaku.

“Yes it’s true, I’m leaving my family at Epic to join my new family at Irrational in Boston starting tomorrow,” he tweeted.

“And yes I’ve played Infinite and it’s amazing! Can’t wait for you guys to get your hands on it.”

Very emotional farewell to [Fergusson] today. We’ll love him forever and he helped us immensely. Interwebs have my official permission to be unworried about Bioshock: Infinite now that [Fergusson] is on the job,” Epic’s boss Mark Rein tweeted.

So there you go. Epic Games have not announced his replacement so far. Tell us what you think in the comments section below.