Romance of the Three Kingdoms XIII Review – Not For Everyone

Plodding pacing and simplistic combat hold back Romance of the Three Kingdoms XIII from achieving greatness.

Posted By Shubhankar Parijat | On 18th, Jul. 2016 Under Article, Reviews

Let’s get something crucial out of the way right from the get go- Romance of the Three Kingdoms XIII isn’t a game for everyone. It’s incredibly complex, in terms of the plethora of mechanics it has on offer, and even more so in terms of the vast background of historical story it provides. This Tecmo series, which made its debut all the way back in the 80s, hasn’t seen much mainstream popularity out in the western markets, but the series has still carved out a niche, hardcore fan base of its own.

Romance of the Three Kingdoms is based on the seminal works of author Luo Guanzhong, written way back in the fourteenth century, works that chart a well-known era of conflict and warring factions and houses in Chinese history before said factions ultimately came together under on unified banner. If you’re familiar with this rich pool of lore, you’re probably going to be a lot more comfortable than if this is your first time with it, because with endless lists of names of people, places and events- to start off- you might start feeling a little overwhelmed pretty early into your playthrough. That said, the game does provide players with a pretty efficient tutorial in the form of Hero Mode, which has to be commended for effectively and crisply getting plenty of vital information across to the players. 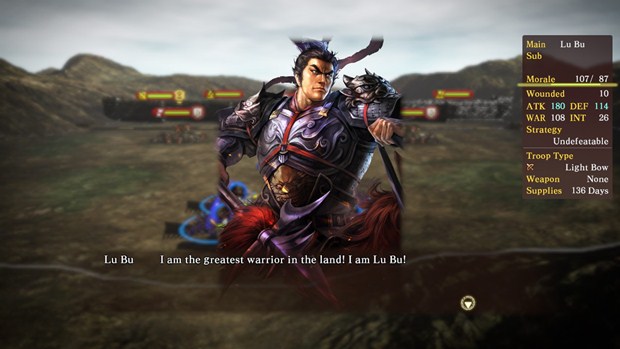 "The game has some notable excellent writing, which manages to convey all its major story beats without ever seeming too intensive or on-the-nose."

One of the biggest strengths of Kingdoms XIII is its narrative and the way it flows. The lore is, as we’ve already established, pretty rich, and it only helps to serve the plot in excellent ways. The game has some notable excellent writing, which manages to convey all its major story beats without ever seeming too intensive or on-the-nose. Kingdoms XIII has a plethora of characters, and chances are that, because of the sheer numbers, you probably won’t be able to keep them all straight in your head, but the writing does an excellent job of defining and fleshing out these characters- the major ones at the very least.

At the beginning of the game, Romance of the Three Kingdoms XIII gives you the option to select from a huge roster of available characters to play as throughout the game, and depending on the statistics and rank of your characters, your initial objectives and strategies will be affected. What’s interesting, though, is that the game allows you to play as a mercenary, whose objective- at least to begin with- is to rise through the ranks and make his own mark on Chinese history. The ultimate goal in the game, though, no matter what rank your office holds and no matter who your character is, is to unify the warring factions under a single banner.

Your ranking will also have an impact on what kinds of actions you carry out- as someone of lower rank, you’ll mostly be assigned to carrying out orders, and the higher up the ranks you get, the more control and command you will have over your vassals and your armies, and the more orders you’ll be able to give them. It’s all controlled through a series of menus and text, mostly, so while fans of such games and of the strategy genre will enjoy the plodding, thorough nature of the game, there might be some who’d be put off by the lack of action. I fall in the former category, but I can see why many people wouldn’t. 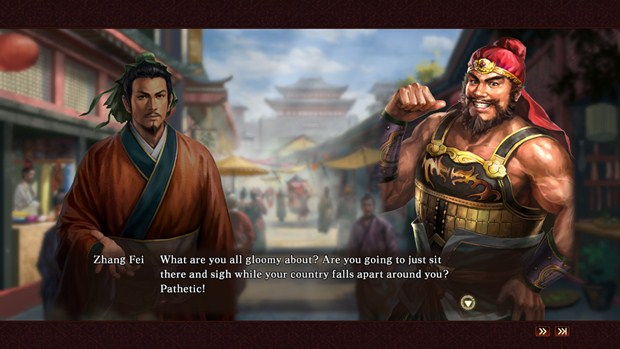 "The fact remains that as compared to the “political” side of Romance of the Three Kingdoms XIII ‘s gameplay, the battles are a little too simplistic and it’s possible that they might start feeling a little monotonous or one-note as the game progresses further."

In terms of the actual military gameplay, the combat in Kingdoms XIII is surprisingly simplistic. The number of units you control in a siege or a battle will vary depending upon the rank of your character, and there are several things for your to consider- the formations you want your armies and units to take, the timing of attack buffs, enemy morale (which has quite an important role to play, actually) and what have you- but the fact remains that as compared to the “political” side of Romance of the Three Kingdoms XIII ‘s gameplay, the battles are a little too simplistic and it’s possible that they might start feeling a little monotonous or one-note as the game progresses further.

Romance of the Three Kingdoms XIII is not an incredible feat in console strategy gaming, but it’s still an impressive one. It suffers at times because of its plodding pacing and its simplistic combat, but the political side of the gameplay, the lore and the narrative, and the sheer depth of the game prove to be more than enough to make this a game that you will certainly enjoy.

Complex lore; Good characterization and an intriguing narrative; The “political” side of the gameplay is incredibly nuanced; Hero Mode.

Simplistic battles; Inconsistent pacing; Not for everyone

Romance of the Three Kingdoms XIII is not a very accessible game, but if you manage to get into it, you’ll enjoy it a great deal.

A copy of this game was provided by developer/publisher for review purposes. Click here to know more about our Reviews Policy.
Tagged With: Koei Tecmo Games, pc, ps4, Romance of the Three Kingdoms XIII