Rugby 20 Review – At Least It Tried

A lacking entry into a difficult sport’s gaming legacy.

Many games have difficulty fending off criticisms of being repetitive. While a game’s core gameplay is its most important aspect, standout games, especially the best sports games, take this core and build on it, creating interesting scenarios and new experiences as vehicles for the core gameplay. Rugby 20 fails to do this. Though it has frequently enjoyable gameplay on the pitch, the severe lack of content surrounding the core rugby gameplay makes for an experience that’s difficult to play for more than a few hours before having seen everything. It’s a passable rugby experience whose gameplay holds up the fundamentals of the sport, but whose barebones surroundings and lacking presentation limit the extent of its appeal. 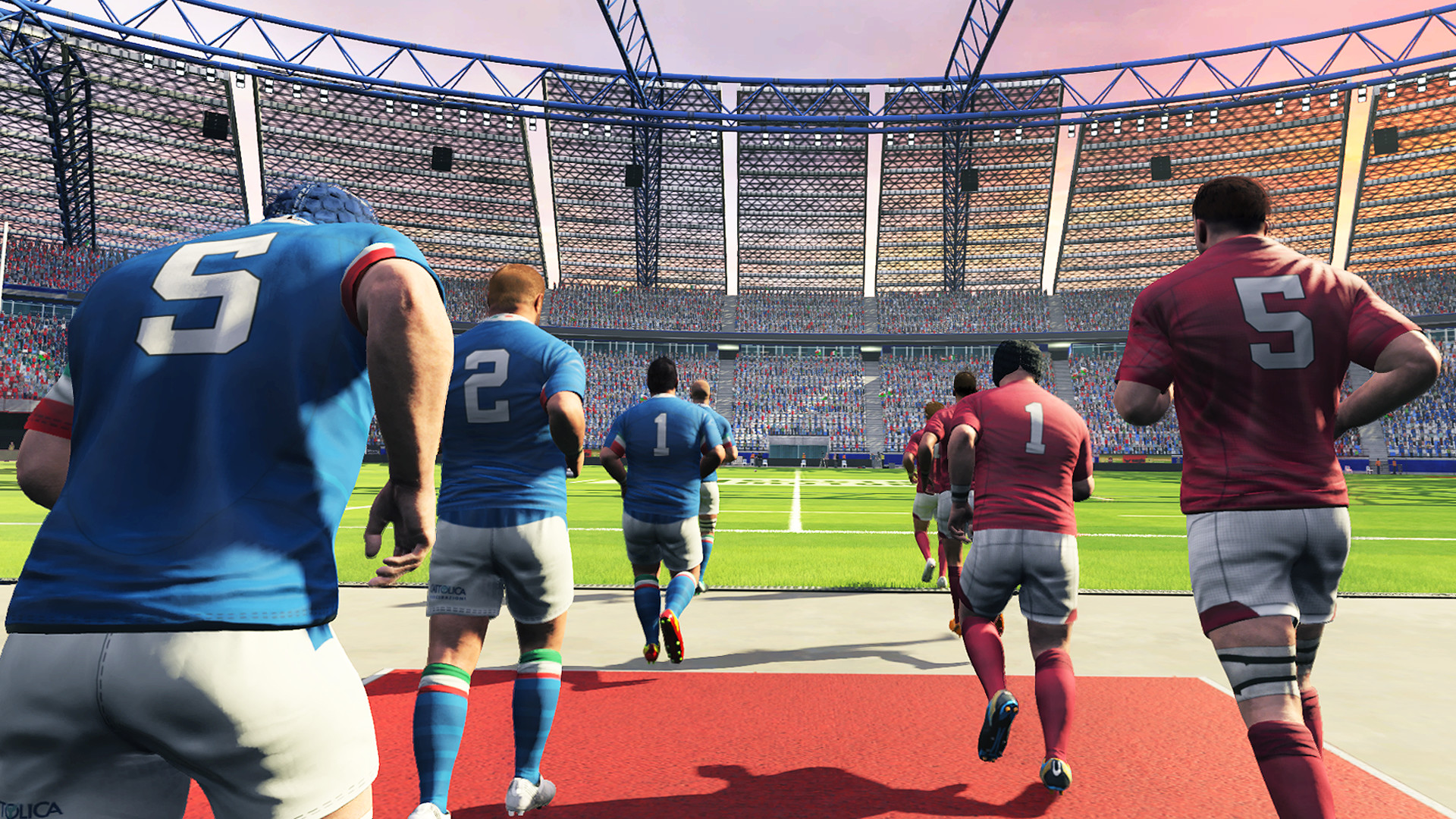 "It’s a passable rugby experience whose gameplay holds up the fundamentals of the sport, but whose barebones surroundings and lacking presentation limit the extent of its appeal."

On the pitch, Rugby 20 translates the core tenets of the sport to create a mostly successful rugby simulator. It matches the basic mechanics of the sport to create exciting minute-to-minute gameplay that can be fun for experts in the sport or newcomers alike. It does a good job of making important moments like tries and turnovers feel important, including the impact of hard hits and the impressiveness of long or difficult kicks. The controls can take a while to get used to, as passes are mapped to the shoulder buttons and primary actions between rucks and defense containing confusingly similar button combinations, but once you get the hang of it, it will eventually become second nature. When things on screen become more chaotic, though, there is a tendency for the game to cause more questions than answers in what you’re supposed to do. These make for frequent moments of button mashing that you can only hope work out in your favor, especially in the early going.

There are a few different ways of running strategies both within a match and from the sidelines, though they make very little impact on the matches themselves. Set plays can be called from within the game, and defensive formations can be changed or adjusted with the click of a button. These allow for consideration of more intricate details for your team and for better control of the game. Unfortunately, there are many moments where these kinds of strategies are unnecessary, as it’s often just as successful to run with default settings or strategies, especially on defense. Even on higher difficulties and playing as a weaker team, I had frequent strings of matches where I would give up few or no points without having to micromanage the defense. While this is a good touch for newcomers to not be bogged down in the details, it’s disappointing to know that supposedly harder matches can be won without having to utilize much strategic knowledge of the sport.

Among the features that make defensive battles so common are the wonky physics and player hitboxes in various phases that pop up frequently. Most notably, players will often teleport significant distances to tackle a ball-carrier despite being a long distance away from them. Kicking and lateral passing can be unpredictable, too, as many kicks and passes will get off despite players being seemingly in the grasp of an opponent, which makes it difficult to prepare for future moves with the inconsistency of where the ball will go. 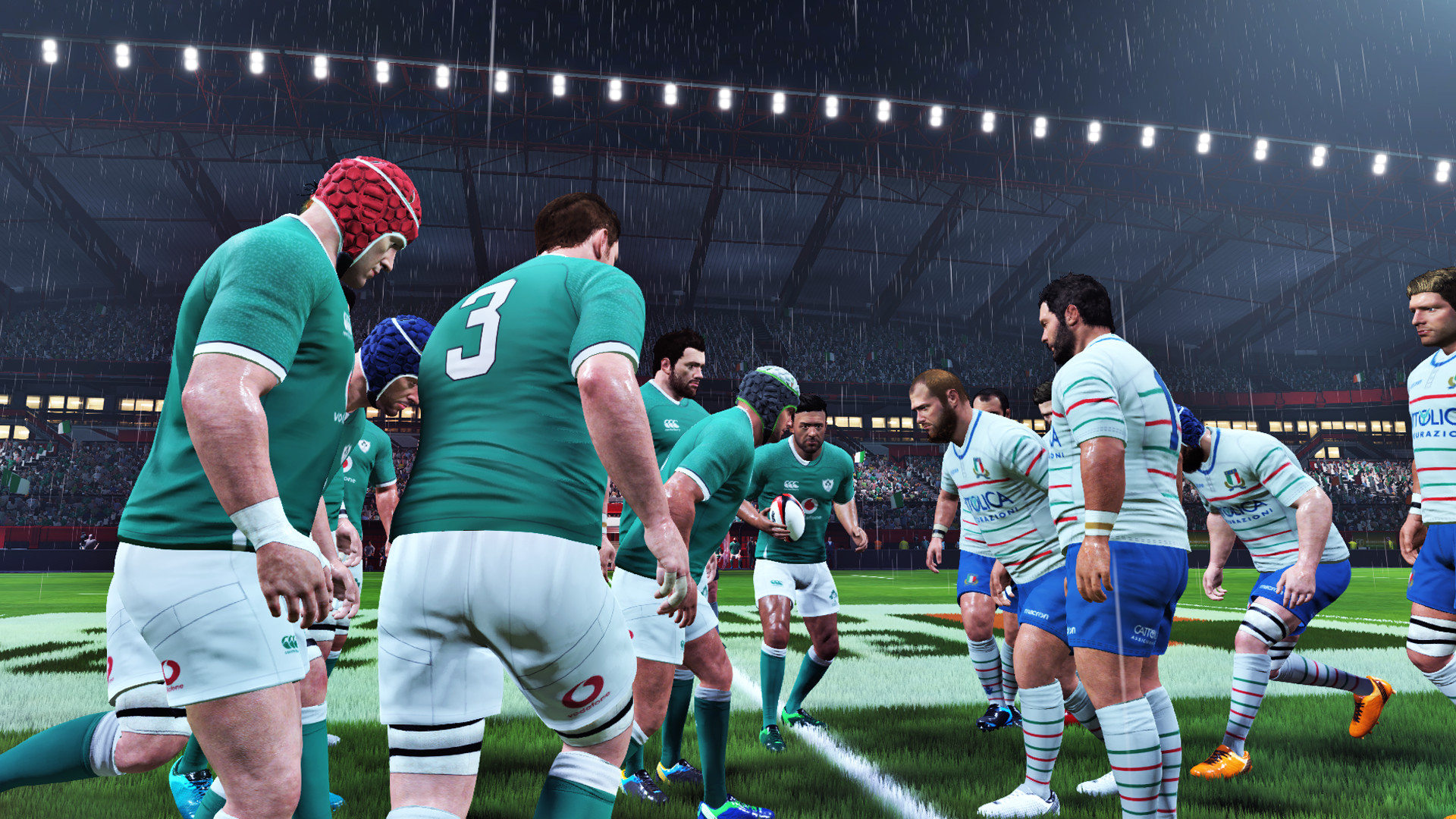 "Even on higher difficulties and playing as a weaker team, I had frequent strings of matches where I would give up few or no points without having to micromanage the defense. While this is a good touch for newcomers to not be bogged down in the details, it’s disappointing to know that supposedly harder matches can be won without having to utilize much strategic knowledge of the sport."

What disappoints about Rugby 20, though, is not its gameplay, but how barebones the modes surrounding the sport itself are. Apart from the quick online or offline matches and minimal training and challenge modes, there are two major methods to play any kind of long-form rugby season or tournament. The League mode sees you taking control of one of the established teams within the game, which include national teams and other professional teams from around the world, and running through a season of their league. While this mode does what it’s trying to do well, it can never come out from under the impression that a Franchise mode that is so common in other sports games would have been a welcome improvement to keep you hooked over time. There’s very little team management here, and it becomes repetitive after just a few seasons.

The other major mode is My Squad, an Ultimate Team style team creator that works through collecting player cards to improve your team. While this is the game mode with the most promise, it too falls into the trap of being too lacking in content to entice long-term play. Even as you bring it into the manager mode, there’s very little to impact how you play the game. The financial management aspect can be almost entirely forgotten about outside of paying for a player to recover from injury, and the movement up a division within either league, an occasion that should feel like a big step forward in your development as a team, is minimally celebrated. Ultimately, each mode is a thinly veiled method of playing slight variations on the same rugby match over and over. This is a game itching to have a mode to create a player and bring them up the ranks or a much more in-depth multi-year team management mode. Other sports games have found success year after year not only because they have been able to translate their respective sports to gaming, but because they’ve been able to successfully create different ways of playing the game in each of their modes.

Rugby 20 falls short on performance and presentation as well, both with frustrating bugs and a lack of diversity both in the in-game broadcast and the visuals. There are frequent performance issues, including framerate drops that make the game all but unplayable and only end when a match ends, as well as the occasional crash. Within the presentation, the introduction and broadcasters are passable but never feel like they’ve gone above and beyond. The broadcasters’ audio often clips within the match, and the overall broadcast package is worth seeing once and skipping thereafter. The distinctly low number of stadiums is disappointing, especially given how similar many of them look, and, while the mid-match visuals can be pretty, especially with specific lighting and weather settings, the character models and animations leave a lot to be desired. 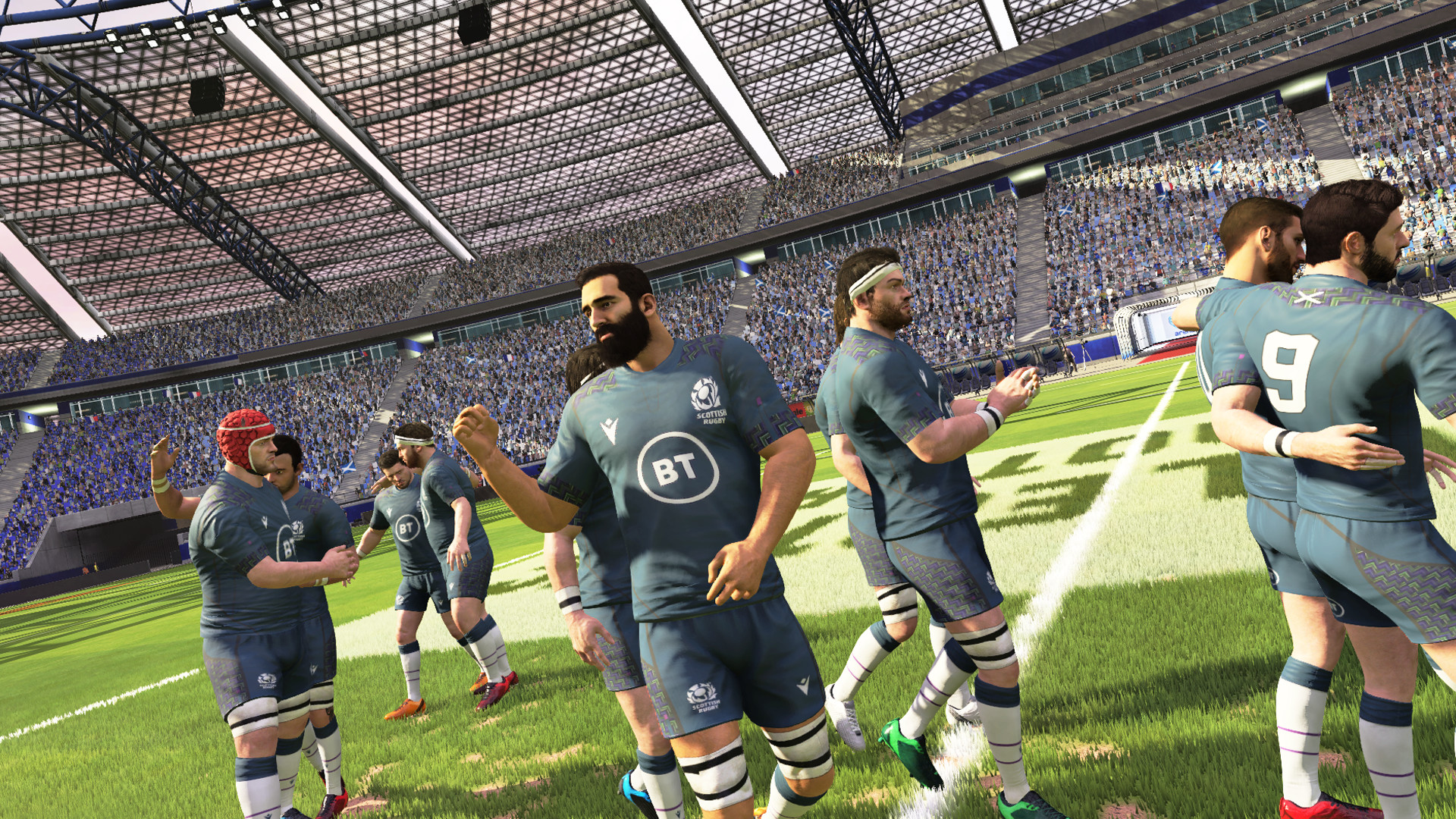 "Rugby 20 falls short on performance and presentation as well, both with frustrating bugs and a lack of diversity both in the in-game broadcast and the visuals."

One of the qualities of a successful sports game is its ability to take a successful translation of its  sport to gaming and pair it with many different, interesting ways of playing the game in a variety of modes. Despite rugby’s historical failures in gaming, Rugby 20’s gameplay is frequently fun, with flashes of greatness in certain moments. Surrounding that, though, is a list of modes that make very little effort in changing how you play the game or adding any variety to the core gameplay. This, along with a slew of performance and presentation issues, make for a game that really only appeals to long-time rugby fans itching for another taste of the sport. There are many other sports games that do much more to create engaging experiences, and, while there is a hint of potential in Rugby 20 for future rugby experiences, there’s very little here to recommend to those who aren’t already strongly in tune with the world of the sport and who don’t mind playing it with minimal changes for hours on end.

Rugby 20 has a passable foundation for rugby gameplay, but repetitive and barebones modes make it last much shorter than its potential.

A copy of this game was provided by developer/publisher for review purposes. Click here to know more about our Reviews Policy.
Tagged With: Bigben Interactive, Eko Software, pc, ps4, rugby 20, Xbox One