BGR is reporting that the Next-Generation Sony console PS4 is going to be supporting 4K resolution. Sony is planning to introduce a 80 inch XBR LED 4K resolution TV sometime next year to start pushing out these next-generation of TVs to get their consumers up to new heights with technology in their living room.

Sony has already started selling 4K Blu-Ray players for $200, and it’s safe to assume that the PS4 is going to support 4K as well according to BGR’s source. 4K resolution means that it’s 4096 pixel-count going horizontal. Here is an image below to better see the difference between SD, HD, and 4K. 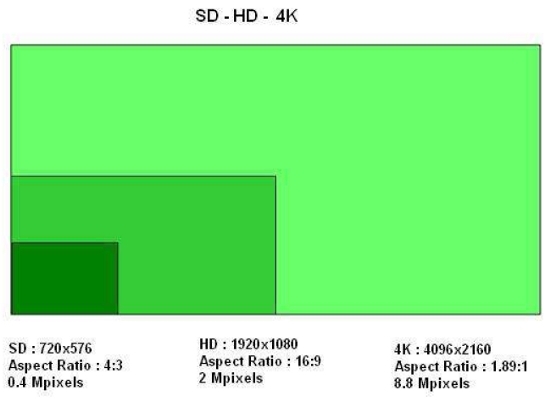 As you can see, 4K resolution is almost pretty much double the 1080p HD. This is going to be quite exciting to see Next-Generation graphics with such high aspect ratio. Hopefully Sony will start showing some stuff soon regarding their Next-Generation beast. Check back at GamingBolt for more upcoming news regarding Next-Generation consoles.