RUMOR: Xenoblade Chronicles X Launching In North America On May 31

Target may have gone ahead and leaked the date. 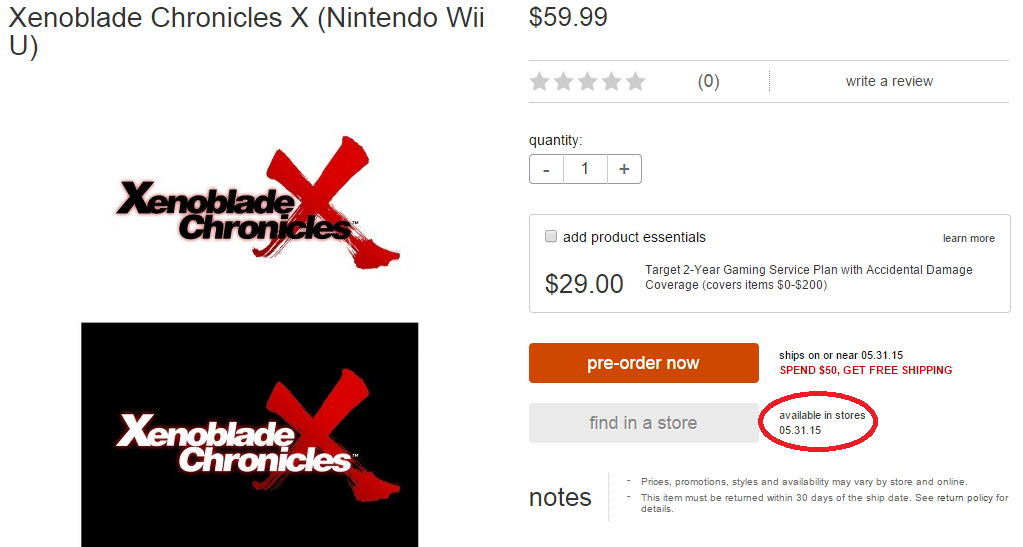 Monolith Soft’s Xenoblade Chronicles X, which is the Wii U exclusive sequel to their wildly successful Wii game Xenoblade Chronicles, launches in Japan this April, and even though Nintendo has confirmed that the debacle of Xenoblade’s protracted localization won’t be repeated, and that the game is already being fast tracked for a western release, there are still naturally some fears and worries that that might not be the case, given some precedence.

It appears they may be unfounded- though leaks of this nature should always be taken with a pinch of salt and a healthy dose of skepticism, it appears that Target may have mistakenly leaked the release date for Xenoblade Chronicles X in North America- it seems to be May 31, 2015.

The release date seems highly likely for chiefly two reasons- a), it is a month and a half (roughly speaking) from the Japanese release date, which sounds reasonable enough, and b) Nintendo likes May releases- they already released Mario Kart 8 in late May last year to great success, so it is not unreasonable for them to want to follow through on that success.

Whatever the release date is, hopefully it is sooner rather than later. We will keep you posted.