French Playstation site PS3 Gen today posted some screenshots of MotorStorm 3, which could possibly have been taken from an off screen demo.

French PlayStation site PS3 Gen today posted some screenshots of MotorStorm 3, which could possibly have been taken from an off screen demo.
It can be seen in the screenshot that buildings in the distance are lying in ruin and a typical apocalyptic scene is surrounding the player. Seeing that MotorStorm is basically all about off-roading and that a post apocalyptic world would have no roads, this is a great opportunity for the series to finally come into its own and make its mark upon the gaming industry.
It is just a rumour though, and nothing has been officially announced- not even the existence of MotorStorm 3, but oh well, we all know that it does exist.
Check the MotorStorm 3 gallery below. Click the images to see them in a pop and use back-next to navigate through them. 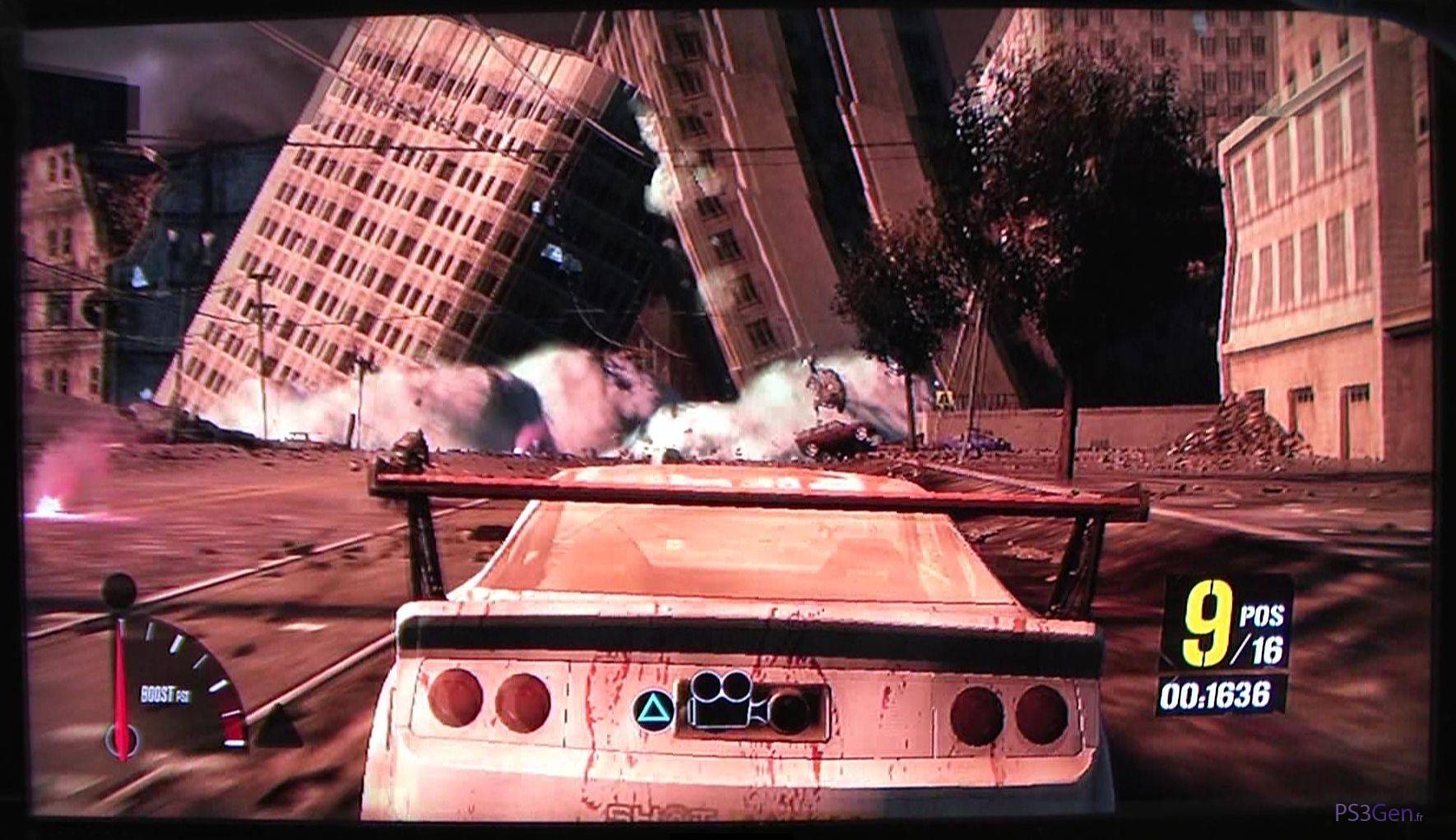 The graphics in the screenshot look blurred and pixelised, but seeing as this isn’t even an official reveal, some sort of trade off of quality is to be expected. Though I really hope this isn’t just a rumour- the graphics definitely will be better in the final version, and an off-roading game set in a post apocalyptic world would be an oh-so-awesome idea.