Since everything is leaking anyway, fake or real, I figured I’ll post the one that at least makes sense. So apparently this is a leaked next-gen Xbox data sheet. Some of the stuff here is iffy, like 348 bit bus for the GPU (should be 384, but whatever). Take this with a pinch of salt, as usual.

According to the sheet, it will have 4 GB RAM, and a 10k RPM hard drive. It will also feature a tablet controller with 720p resolution supported. The GPU will have 1.4 GB GDDR5 memory along with DirectX 11.1 support.

The Optical media is Blu-Ray but won’t play movies. It’s said to be 50GB capacity. So there you go! Is this real? Tell us what you think in the comments section below.

Check out the image below. Image courtesy of a Chinese site – TBUS. 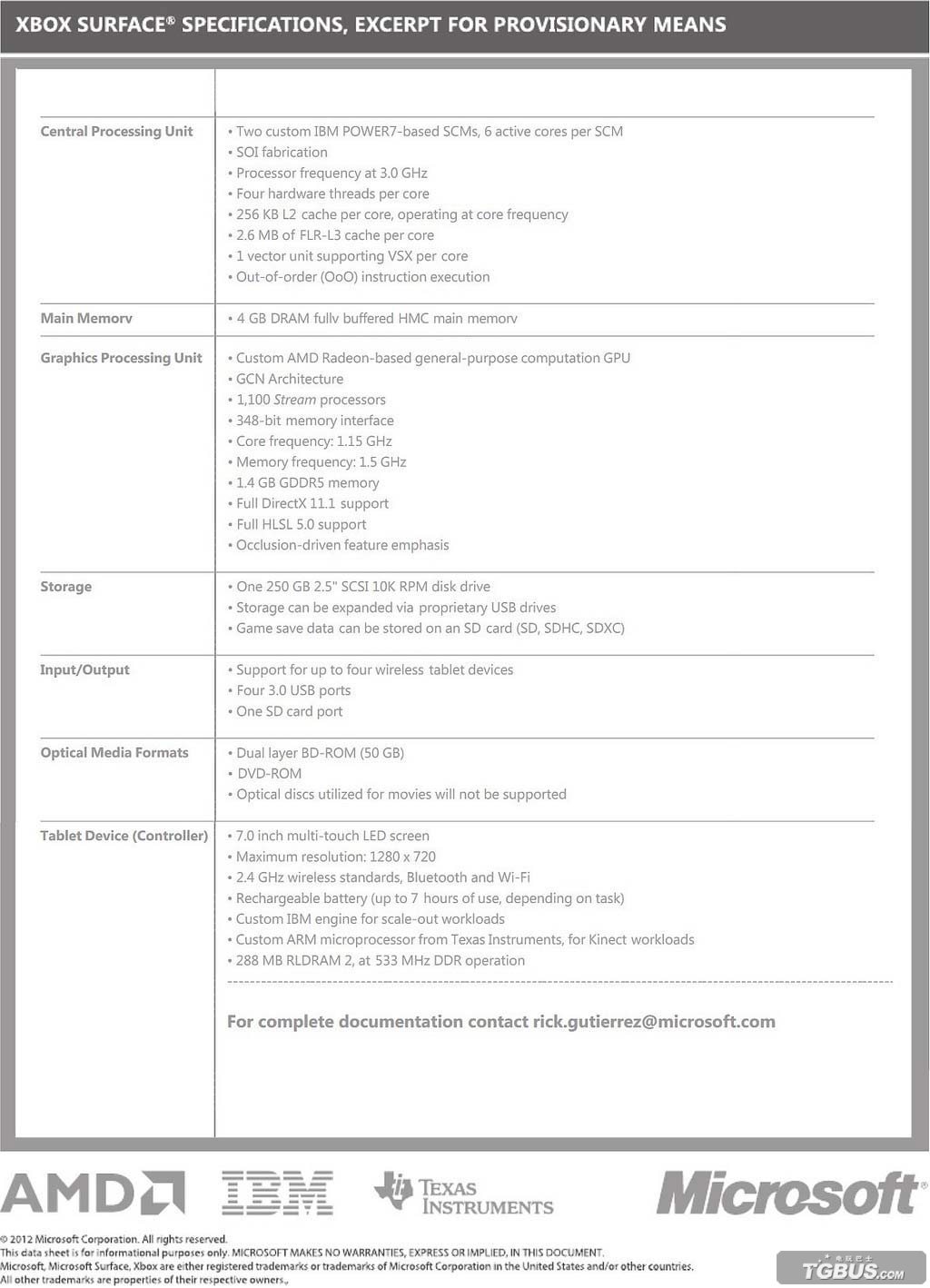