Rumour- Yoshi’s Island making it’s way to the Wii U? 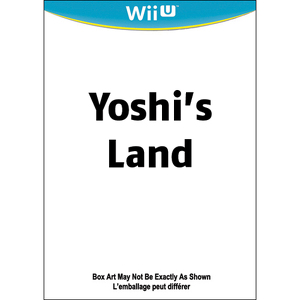 dinosaur, Yoshi. After already having appeared in a leaked mock-up Wii U Miiverse over the weekend, US retailers Best Buy have now listed the yet unannounced game.

Reads Best Buy’s listing of Yoshi’s Island for the Wii U: “Join everyone’s favourite dinosaur in his first big starring role on Nintendo Wii U – Yoshi’s Land. Utilise the power of the Wii U Touchscreen GamePad to enjoy dual-screen fun in this epic adventure with stunning HD graphics and connectivity with the MiiVerse.”

Of course, none of this is confirmed yet, and the blurb above is not Nintendo written, so it remains to be seen whether the game truly is a real thing or if Best Buy is just getting on board the rumour mill.