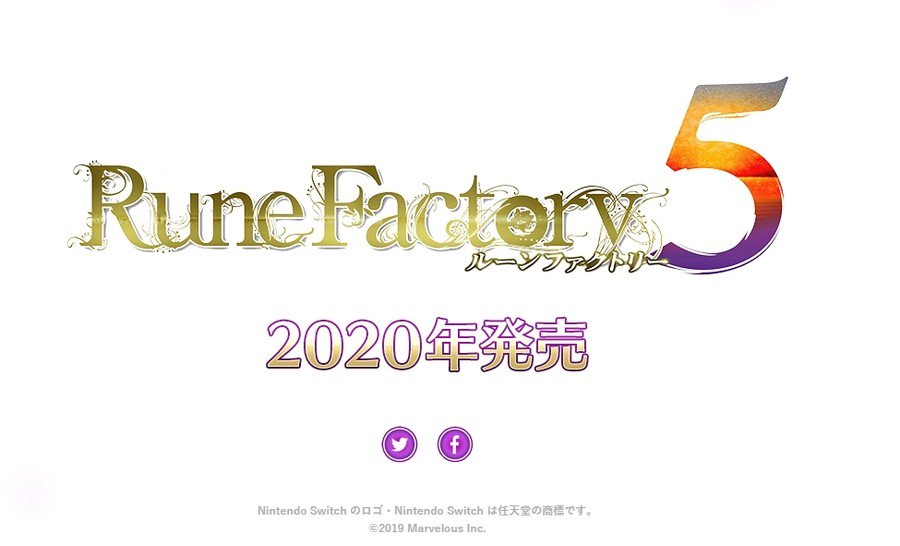 Nintendo has announced that not only will Rune Factory 4 Special come to the Switch this year – a remaster of the fourth entry in the cult classic fantasy slice of life sim RPG series – but also that a fifth entry in the game is now in development for the console.

The announcement was made last week during Nintendo’s Direct presentation, though the English broadcast did not specify any date for when we might expect the game to launch. A teaser website that has gone up for the game was a bit more specific, however, and said that Rune Factory 5 is currently due to launch on the Switch in 2020—at least in Japan. Hopefully we could see it localized for the rest of the world within that year as well.

As of right now, that’s all we have. If you want some farming sim/dating sim action on your Switch, you can either look forward to Rune Factory 4 Special on the Switch later this year, or you can always play Stardew Valley, which is out on the Switch now, and sort of a fixture on the eShop charts by this point.