And confirms it won't even consider a new S.T.A.L.K.E.R. until after Cossacks 3 is done. 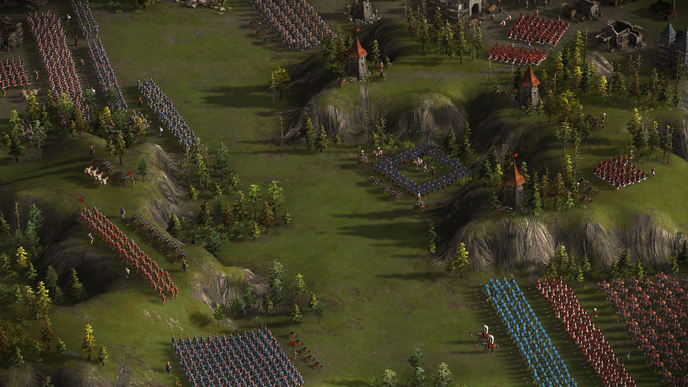 GSC Game World, the company behind the atmospheric cult hit PC exclusive shooter franchise S.T.A.L.K.E.R. has announced its brand new project today, and it comes as a bit of a surprise- it is a revival of the PC exclusive hit real time strategy franchise, Cossacks.

The Cossacks games, for those who are unfamiliar with the series, are among the many history themed strategy games that cropped up in the wake of the success of Microsoft and Ensemble Studios’ Age of Empires games. They are a deep and nuanced historical simulation, set in 17th and 18th century Europe, and that has not changed for Cossacks 3. The game will allow for up to 10,000 units on the map at once, resource collection and generation, building construction, unit management, and five single player campaigns. 12 nations will be playable.

The game is due out this year, on PC, Mac, and Linux. GSC Game World also confirmed that it still owns the rights to S.T.A.L.K.E.R., but also confirmed to Eurogamer that a new game in that series is not even going to be considered until Cossacks 3.

“As for the S.T.A.L.K.E.R. series – we still own the rights and we can’t say that the series closed forever. It is pretty early to talk about any plans with S.T.A.L.K.E.R. but you see we are back and there are quite a bunch of possible further directions.

“One is for sure: we are absolutely focused on Cossacks 3 developing and will take no actions until this game’s release.”

Personally, as a sucker for strategy games, I would rather have Cossacks.