Could easily do with more dwarves and oomph.

With the advent of digital distribution and competitive pricing, its good to see publisher and developers continuing to bring older, as well as newer side-scrolling brawlers. Take original efforts like Castle Crashers, Scott Pilgrim, and Double Dragon Neon as good examples.

To be skeptical of a like-minded spin-off with the Sacred series, a series known to be more in line with hack-and-slash action RPGs such as Diablo, wouldn’t exactly set off my alarms. On the contrary, I’m all open arms! As history as shown, games like Golden Axe and Guardian Heroes prove that fantasy-themes and beat ’em ups can make a lovely combo (no pun intended).

Sacred Citadel on the surface seems tantalizing enough. It’s mixing of role-playing elements and character classes, along with a colorful presentation go a long way to stir past memories. Although you will be able to choose from four classes (Warrior, Mage, Shaman and Ranger), the game limits you to three player local and online co-op. Not a huge letdown going in, but the obvious question to this being: Why not four players at a time if you already have four classes to choose from? I can’t say for certain. 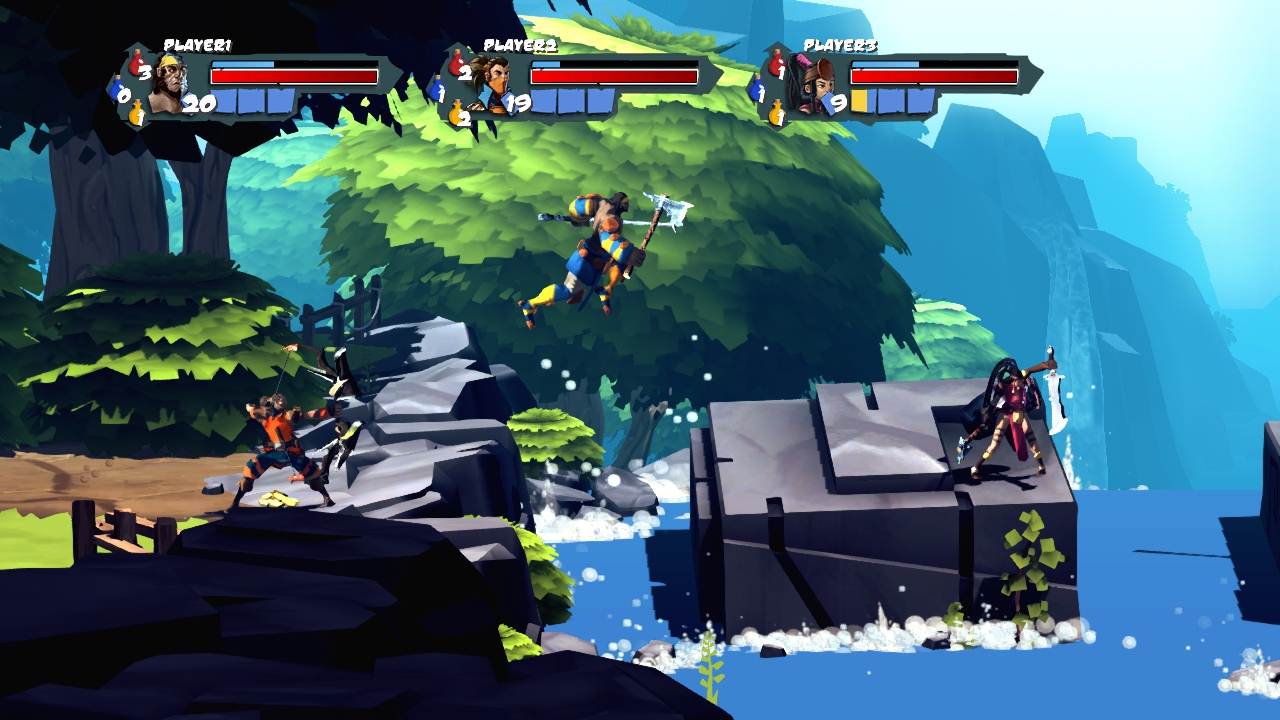 On further inspection, you’ll notice some differences between each character. Some of them are naturally stronger than others (Warrior), others can be more speedy (Shaman) or have projectile attacks over the other (Ranger). Each character is able to dual-wield weapons or equip stat-boosting items that you can pick up from battles or while visiting shops, with everyone sharing a fairly similar move set. In fact, maybe too similar.

Despite having to level up characters for more combos and fighting options, classes don’t feel different enough. You’ll be able to pull off class-specific special moves which can be further upgraded, but character play boils down to simple preference and doesn’t encourage all that much experimentation. It can be argued that not a lot 2D beat ’em ups really do this anyhow. But given the source material Citadel is based from, along with the idea of getting loot from fallen foes, I would’ve really liked seeing more done with this. Imagine a more fleshed skill-tree, for example.

That’s not to say combat itself can’t be engaging, although it definitely takes too much time to warm up to you. Once you get passed Act 1 (four in total to complete, along with an additional Act via the Jungle Hunt DLC) and level up your character, does Sacred Citadel start to open up. It’s all animated very pleasantly with some subtle details when moving from area to area. Some environmental hazards, like the swinging logs in Act 1, do nice to break up the monotony. Even riding on beasts is a nice nod to the aforementioned Golden Axe. 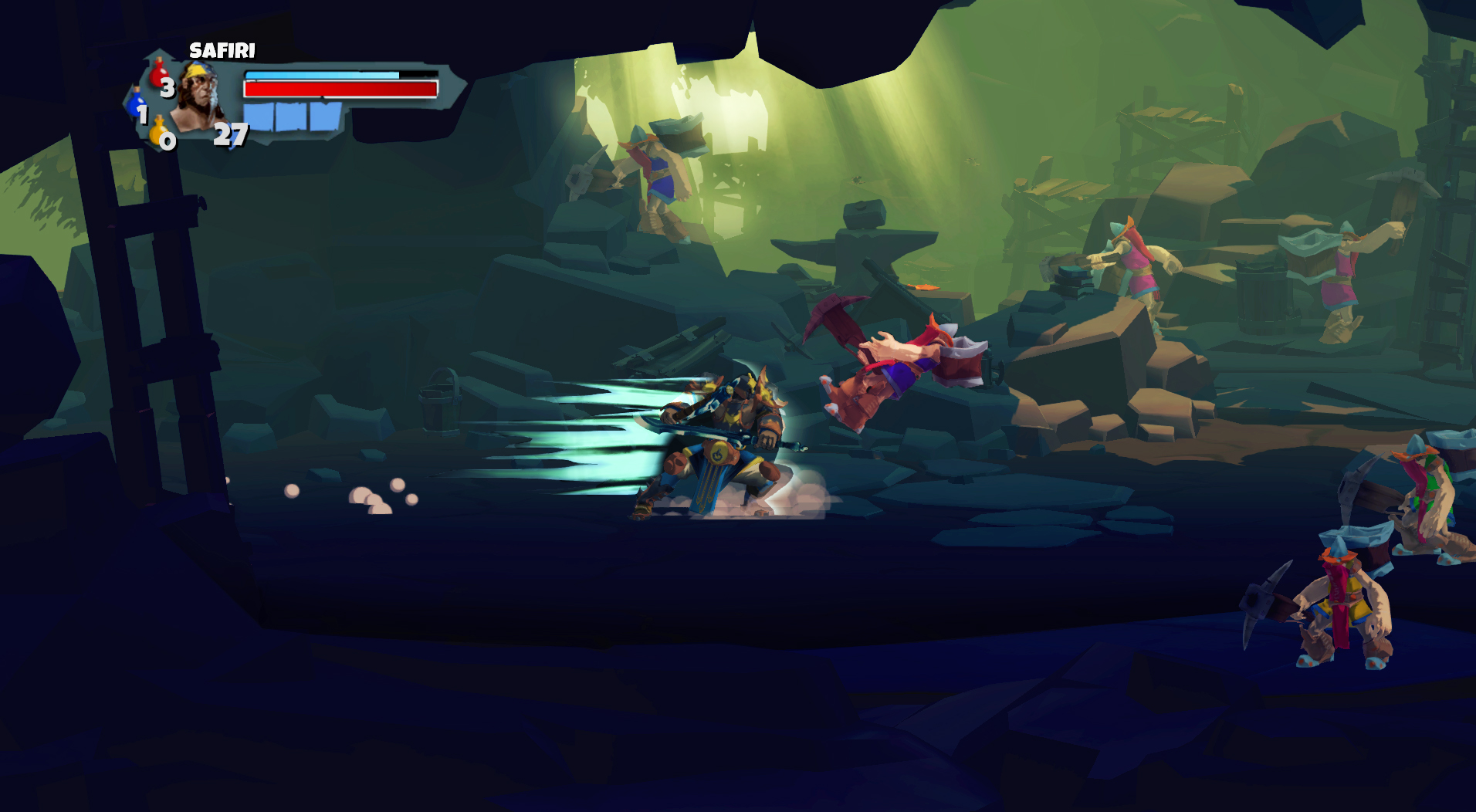 But encounters overall feel tiresome. There’s only so much variety Citadel has on offer, but rarely do bouts truly stand apart from the initial stages of grinding. No amount of cool air juggling can hide the fact that normal baddies can take quite a bit of damage while standing cluelessly, with only their sheer numbers giving any sense of challenge, save for the occasional mid-boss participating or an end boss.

The kind of crowd control you do in this begs to have another player to involved. I say this, because it doesn’t seem like the difficulty scales according to how many players are participating. And even, it doesn’t seem like drop-in/drop-out co-op is fully supported, which is pretty unfortunate.

Doesn't do enough to break itself apart from the rest. Initially feels too easy. Not the smartest of enemies. Classes aren't all that distinct. Replayability provides little incentive.

Final Verdict:
FAIR
If there weren't already so many similar titles before its release, Sacred Citadel may seem a lot less redundant by comparison. It's focus on story does little to change conventions, and the asking price for jumping in yields a less-than-stellar payoff. If its a beat 'em up you're craving for, you could definitely do worse than Sacred Citadel. But you can most certainly do better as well.
A copy of this game was provided by Developer/Publisher/Distributor/PR Agency for review purposes. Click here to know more about our Reviews Policy.