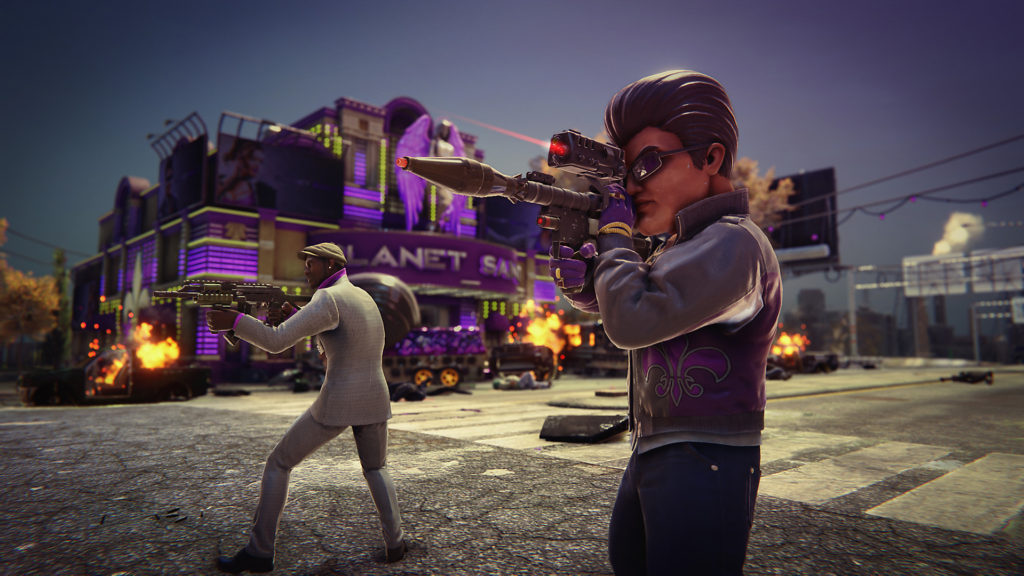 The Saints are making their long-awaited return with the Saints Row reboot which launches next year. In the meantime, fans can pick up Saints Row: The Third Remastered for free on the Epic Games Store. It will be available to redeem until September 2nd and requires an Epic Games account and the launcher to install the title.

Following the Saints’ domination of Stilwater, they run up against the Syndicate and arrive in their territory of Steelport. Saints Row: The Third marks the series’ descent into outright zaniness and over-the-top action with crazy set-pieces, tons of ridiculous weapons and missions like escorting tigers or sky-diving with a tank. The remastered version sports improved visuals along with three expansions and 30 smaller DLC which provide even more weapons and extensive customization.

Saints Row: The Third Remastered is currently available for Xbox Series X/S, Xbox One, PS4, PS5, PC and Google Stadia. You can read our review for the game here. The Saints Row reboot is out on February 22nd 2022.

To celebrate the announce of the rebooted Saints Row franchise, we're giving away the classic Saints Row: The Third, totally FREE! What're you waiting for?! https://t.co/JBhhbd2SvI pic.twitter.com/erOF61aKKd