New weapons, towers, enemies and much more arriving for the tower defense FPS.

Coffee Stain Studios has announced that tower defense first person shooter Sanctum 2 will be receiving its first DLC expansion pack “Road to Elysion” on June 26th for PC free via Steam. This will be the first of four major DLC expansion packs arriving for the game. 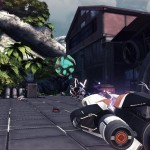 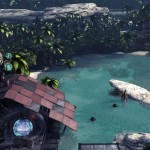 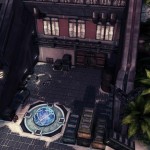 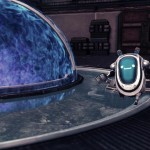 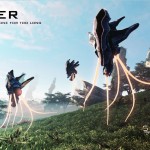 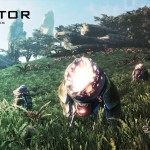 Lead Designer Oscar Jilsen stated that, “The DLCs for Sanctum 2 will be much more substantial and larger compared to the DLCs for the first Sanctum. You will see new maps, enemies, perks, weapons, towers, and even a new playable character once in a while. Our goal with the DLCs for Sanctum 2 is to add more replayability and more mind-blowing madness for our biggest fans!”

Road to Elysion will feature TSYGAN, a new playable character with a dark backstory; new weapons, including the Gatling Laser; New Towers, such as the Range Spire for increasing range of all nearby offensive towers; four new maps; new more powerful enemies that can mutate the horde; a new flying boss; and six new perks including a robot companion that will fight alongside the hero.