Black Bean Games today proudly announced a synchronization agreement with Warner Music UK and Biffy Clyro, the UK rock band which went top ten with its smash hit album “Only Revolutions”. SBK X, the highly-anticipated new version of the Superbike World Championship videogame developed by Milestone Studios, will include two of Biffy Clyro’s most popular songs ‘That Golden Rule’ and ‘Mountains’, which both went top ten in the UK. Under the terms of the deal, ‘Mountains’ will also be used in the game’s trailer, and in an upcoming radio promotion. 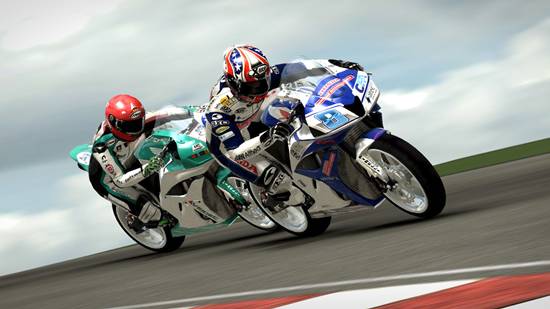 The 2010 edition of SBK X is scheduled for release in May 2010 for Xbox 360, PlayStation 3 and PC. A ‘Legendary Roster’ function, graphic enhancements, career mode, new online features, arcade and simulation modes are amongst the improvements that make this breakthrough version of SBK X a must-have for every bike enthusiast and petrol-head gamer.

“The Biffy Clyro tracks definitely bring an emotional punch to SBK X, and they contribute to making the game an immersive experience. The fast-paced action of the race combined with the pure rock adrenaline of the music is an entertainment package that gamers will love!” said Fabrizio Vagliasindi, Strategic Marketing Coordinator at Black Bean Games. “We look forward to other collaborations with Warner Music in order to enrich the Black Bean Games line-up with the added value of music”.

“We worked with Black Bean to make sure tracks were chosen that would bring atmosphere and excitement to the game, in a way that would make sense for the band. SBK X is a great way of bringing Biffy Clyro’s music to a new audience, driving further discovery of their latest remarkable album, five months after it was released and just in time for their new single ‘Bubbles’.” said Ali Johnson, Senior Director, Synch Licensing at Warner Music UK.