Plus a great new anti-troll system too. 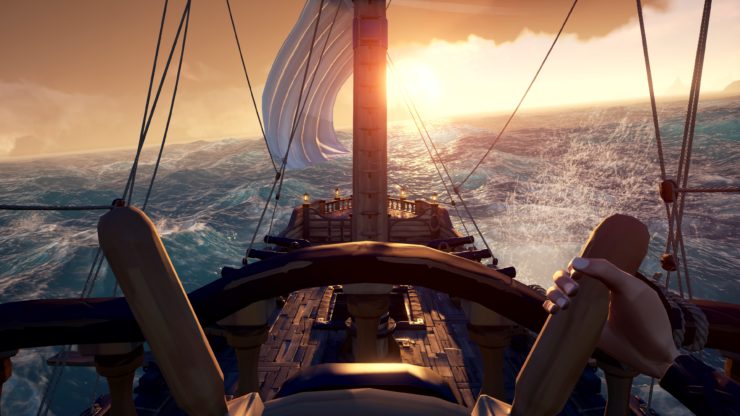 Sea of Thieves looks positively charming, and definitely and without a doubt the most compelling game in the Xbox One’s lineup of upcoming titles. We have, thankfully, been getting a lot of looks at the game (though often at the risk of oversaturation), which have kept us apprised on the game’s development, and how it is coming along.

Today’s video shows us some cool new stuff, too. It shows us what you can do if you don’t have a whole lot of friends to play the game with- you can get on a 1-2 player ship. It’ll be a smaller ship, but it seems like it will be every bit as capable as the bigger ones.

Rare also showed off a hilarious and charming anti-troll and griefing system in game. Put simply, if a player on your crew misbehaves, you and other crewmembers can vote to lock them in the brig, where they will remain confined. If a player is in the brig, they can either quit, or beg their crewmates to let them out (who can vote to do so as well).

That sounds great- more games should have something like that. Sea of Thieves will launch exclusively on Xbox One and Windows 10 PC next year.