"I remain super confident in our rendering team's ability to make it look amazing." 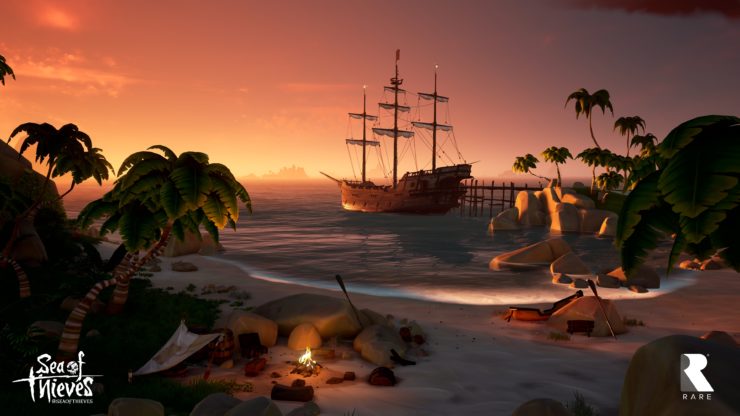 Arguably one of the most exciting upcoming games is Rare’s Sea of Thieves. A brand new IP by the British studio, which is a shared world action adventure game that casts players as pirates on the open seas, the game also looks like a graphical wonder, combining Rare’s beautiful penchant for art with some sophisticated graphical techniques.

As is the case with every upcoming Microsoft game, the title will be Xbox One X enhanced, as well- and it took Rare just under a day to get the game’s rendering up and running on the new super powered console, as the studios Craig Duncan confirmed to DualShockers in a recent interview.

“Rendering technologies for the Xbox One X is super exciting… I mean, we got it up and running in pretty much under a day,” Duncan said. “And then they continued to just wok on refining, and… so we have a version of the game we haven’t shown off yet, because of optimization, and… but if you look at the game, it’s, the water is beautiful, the real time time of the day, the way the sun bounces off the water, and the red skies, and things like HDR and 4K just make it look even more incredible. And I remain super confident in our rendering team’s ability to make it look amazing.”

Of course, given how pretty the game looks, plus just how many other technologies it seems to be trail blazing- seamless cross platform play, Play Anywhere, and a persistent, shared world- it is clear that Rare has poured all of its immense talent into the title. Let’s just hope the final game ends up living up to the immense expectations surrounding it.