Prepare to head beneath the waves, fight aquatic beasts, and tackle new obstacles and challenges in what's looking like a meaty update. 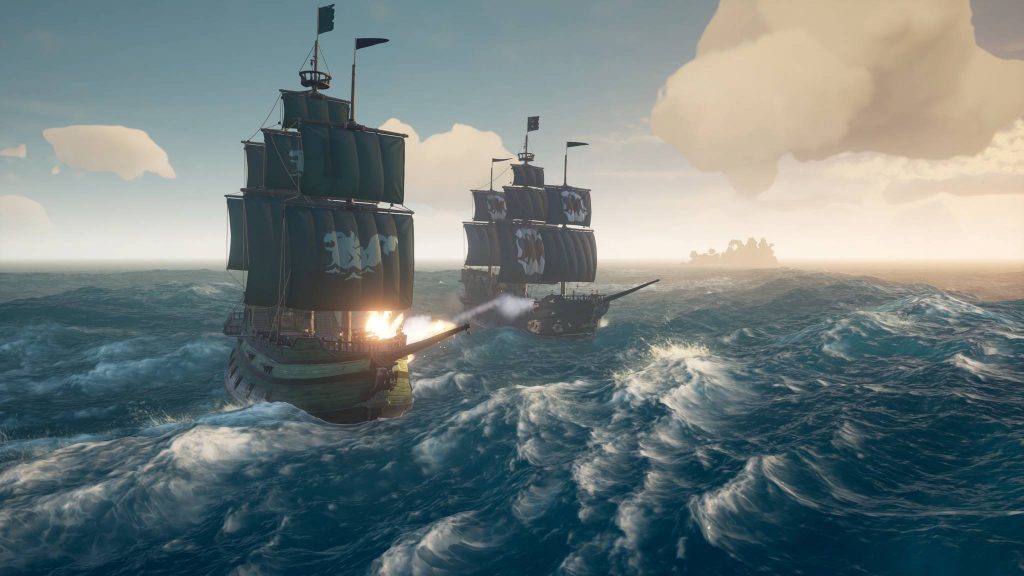 Sea of Thieves is trucking along stronger than ever, and with all of this momentum carrying the game forward, Rare isn’t going to take its foot off the gas anytime soon. Season four of the open world pirate utopia launches in just a couple of days, and Rare has released a meaty video to give us a lowdown of what to expect from it.

Sea of Thieves’ season four will, as teased earlier, take players beneath the waves in search of treasure, with underwater dungeons known as Siren Shrines serving as your primary new challenges, each rewarding you with treasures. These shrines can be tracked either through maps, or by actually observing the world and noticing shimmers emanating from underwater with your own eyes.

There will also be wave-based activities similar to forts known as Siren Treasures, which will put a much greater emphasis on underwater foes, while you can also look for coral messages in bottles for another new activity with its own unique rewards. There will, of course, also be new cosmetics, a new battle pass, and more. Check out the full details in the video below.

Sea of Thieves is available on Xbox Series X/S, Xbox One, and PC. Season four kicks off in a couple of days, on September 23.