Secrets Are Revealed In All-New Season of Star Wars: The Clone Wars

The season two finale of Star Wars: The Clone Warswas the highest-rated telecast of the season among all key kid demos—2-11, 6-11, 9-14. The one-hour special also took the #1 spot as the most-watched telecast of the day (May 2) among boys 6-14, and #1 for its timeslot with kids 6-14 versus all television. Star Wars: The Clone Wars is a thrilling, weekly 30-minute “mini-movie” created by the talented artists at Lucasfilm Animation. 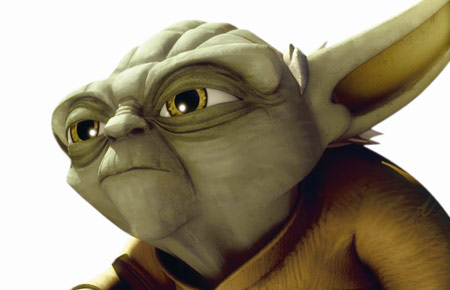 Mystery, intrigue and adventure await our heroes with all-new action-packed episodes of Star Wars: The Clone Wars. As war continues to rage throughout the galaxy, the dark side grows even stronger and the Jedi Knights are pushed to the breaking point. The lines between good and evil become blurred as secrets are revealed, truths are questioned and alliances are betrayed. Loyalties are tested as new enemies emerge and heroes rise – and fall.

In this transformative new season of Star Wars: The Clone Wars, surprises wait at every turn, the fate of the galaxy hangs in the balance and the destiny of the “Chosen One” will at long last be uncovered. Thrilling, unpredictable and often humorous, the exciting new adventures of the Star Wars Saga will captivate fans of all ages.

Clone Wars Adventures is a free-to-play to game, but players who want to take the galactic action to the next level can purchase a monthly Membership subscription for $5.99, while a variety of epic items can also be purchased through Station Cash micro-transactions. The Clone Wars Adventures Galactic Passport is scheduled to be available at thousands of retail locations in North America later this fall and will include a 90 day membership, 500 Station Cash, the ability to unlock the Togruta playable character, a Yoda monitor topper, and more.