As a result, they made the best game the genre has ever seen. 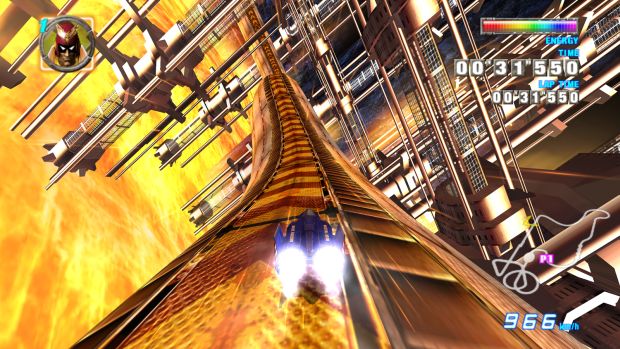 While Toshihiro Nagoshi is best known for the fantastic Yakuza games these days, before he did Yakuza, he worked with Nintendo on F-Zero GX, the Gamecube version of Nintendo’s futuristic racing franchise that is cited by many to be the best example of the genre to this day (Wipeout who?).

This was a collaboration between Sega and Nintendo on the title, and it came almost right after Sega had bowed out of the hardware market with the discontinuation of the Dreamcast. Speaking to EDGE (Issue 322, September 2018), Nagoshi recalls a desire to impress Nintendo as he was working with them on F-Zero– to show them that even though Sega had lost to them in the hardware war, the company was worthy in other areas still.

“Compared to us, in the big picture, we are similar,” he said. “But in the finer details – their decision-making and timing – things are different, and I learned a lot from them. In short, it’s about objectivity. (…) It’s hard to describe, but when I’d say about some part of the game, “It’s okay like this, isn’t it?” they’d say, “Our company does not allow this kind of thing. Ever.” I didn’t manage to change their minds about anything. Not even once. But that’s why Nintendo has such a solid brand, even after all these years. That is why we lost the hardware war.”

“Even though we’d lost the war in the hardware market, I wanted Nintendo to see how great Sega was as a company,” he continued. “We made lots of characters and courses, and we did the best we could for the graphics using the best technology of the time. Even though we’d tried really hard making games for Sega hardware, they never sold too well, but F-Zero sold over 1.5 M copies worldwide. We realised the only thing we needed to admit was that Sega did not have the ability to sell hardware (laughs). That as a developer (…) we did not need to be pessimistic at all.”

In the end, it turns out Nintendo was impressed with his work. Nagoshi recalls receiving a call from Nintendo, who wanted to understand just how he and his team had achieved what they had achieved. “After it released, I got a call from Nintendo,” he said. “They said they wanted to see all the source code for the game, and wanted me to explain how we’d made that game, in that timeframe and with that budget, in detail. They were wondering how we’d done it – they couldn’t figure it out. We were able to achieve something a lot higher than what Nintendo had expected.”

F-Zero GX still remains the best game in the series, and as mentioned, probably the best game in the genre period- so Nagoshi definitely achieved what he wanted to achieve. It’s a shame that, after F-Zero, Nintendo was not willing to work with him on Yakuza– but hey, that series ended up going to Sony instead, and thrived as a result. Someone’s loss is always someone else’s gain.