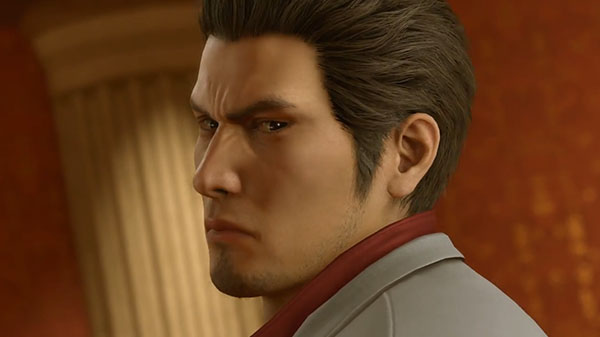 While the Yakuza series has been mostly associated with the PlayStation up until now, it looks like the games may also make their way onto other platforms. Yakuza 0 did recently release for the PC after all, with a Yakuza Kiwami launch and – possibly – a Yakuza 6 release in the pipeline as well. The series’ Executive Director Toshihiro Nagoshi has now revealed that Microsoft and Nintendo had initially rejected pitches for Yakuza- but of course, that they want the games now.

Apparently, Microsoft and Nintendo hadn’t initially understood why Nagoshi had created the game. In an interview with Edge magazine (September 2018, Issue 322), he stated, “I’ve never said this before, but while we released this game with Sony, I’d done presentations about it to Microsoft and Nintendo. Back then they said “No we don’t want it.” Now they say, “We want it!” (laughs) They didn’t understand the reason why I created it.”

And why did he create it? Nagoshi also discussed how the idea for Yakuza came into being, essentially being born from the fact that he didn’t want to make a game that was specifically made to cater to Western audiences, but do something different- cater to the male Japanese audience instead. He said, “It became difficult for Japanese companies to compete with western games of high quality and big budgets,” he said. “If we wanted to do, it would have to be sports, or military, or fantasy (…) and it would need to release worldwide. Since everyone was thinking the same things, everyone was making similar games (laughs).”

“But I thought it wasn’t right to follow that direction,” he continued. “So, first, I abandoned the idea of selling worldwide. Next, I decided I wouldn’t mind if female players didn’t like the game; then that no children were allowed. When I decided all that, the only target left was the Japanese male.”

“My bosses took some convincing,” Nagoshi went on. “I did a presentation twice, and didn’t get approval. Sega was struggling for cash and was very close to bankruptcy, so it merged with Sammy. As soon as it happened, I went to see the new owner and presented the game to him, looking for his approval. Professionally, this was highly irregular and quite wrong. But I knew if the owner said “yes”, it would be good for the entire company. I got his approval, but our CEO was really mad about it (laughs). He said it was unfair.”

In the same interview, Nagoshi also went on  to talk about how he basically draws inspiration based on what he likes and the people he meets. “I’m often asked how I did all the research, but it’s Japanese culture,” he said. “But I did some of my own, yes. I like drinking. I also like women. I was having lots of fun in my life for a long time – whether to shake off my stress from work, or deepen the connection with my subordinates. (…) I learned a lot of interesting stories from the people I met. And some surprising stories, and some sad ones. They became elements of Yakuza’s story. The name Kiryu is one of them (…). I often do that in my games – I use the name of a person I liked or who looked after me well. I still do that today.”

He also talked about the upcoming game, called – for now – Shin Yakuza, and how he hopes to introduce the character of Kiryu to new fans. “It will still be quite hardcore at the beginning, but I want the player to think “Oh this game seems really interesting” – that’s what I’m aiming for this time,” Nagoshi said. “That goes for the technology too, though I don’t want to say more as it will spoil the fun. By introducing new and more current systems, I’d like to increase the number of players. And if I do that, I can re-introduce Kiryu-san to some new fans. That would be ideal.”

That’s pretty interesting insight into the series and how the people behind it went about conceptualizing it. Nagoshi’s statements about his intended target audience are also quite interesting- and they reflect in the game’s popularity as well. Until very recently, while Yakuza was wildly successful in Japan, in the West it only used to have a very niche audience. Of course, it’s great that that’s changing, and hopefully future games in the series will prove to be just as successful.