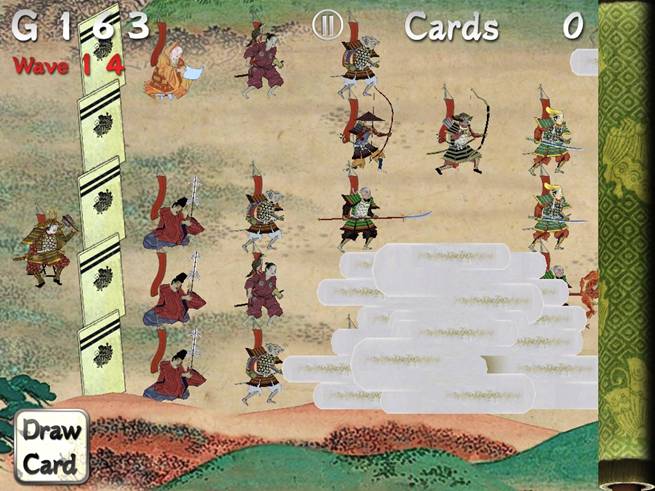 Shed the blood of enemy armies across 100 different levels. Deploy your warriors strategically defend your army general. Winning a battle means winning more powerful warriors with which to build your deck. In a hurry to get ahead? Purchase both rare and common cards with In-App Payments to build a formidable team as quickly as possible. Then test your army’s might in a face off against close rivals via a local Bluetooth connection or challenge a mysterious opponent online via Wi-Fi.