Sekiro: Shadows Die Twice Beta May Have Been Accidentally Confirmed By Activision

In a comedy of errors, Activision seem to have fallen prey to an obvious troll.

Being a single player focused game, you wouldn’t have expected FromSoftware’s upcoming Sekiro: Shadows Die Twice to receive a beta prior to its release (although such a thing isn’t entirely unprecedented). However, there’s a chance that that might end up happening regardless.

Activision may have accidentally confirmed that the upcoming action adventure title will receive a beta. A user on Twitter hit up Activision’s official support page with a painfully obvious troll tweet, telling Activision that they haven’t received a beta token over email for Sekiro yet. Activision responded, bafflingly (and hilariously) enough, by saying that codes for the same will be sent out soon, although a specific date for this hasn’t yet been decided.

The tweet remained live for several hours, but was, as you might have guessed, eventually taken down. However, you can take a look at the screencap below (via Gear Nuke). This could, of course, be nothing more than a mistake, or a simple case of whoever was responding to the tweet being confused (for some reason) about what they were being asked about. If this is how we first hear about a Sekiro beta that’s actually happening, though, it’s a pretty bizarre way to find that out.

Sekiro: Shadows Die Twice launches for the PS4, Xbox One, and PC on March 22, 2019. Check out some recently released stealth and combat gameplay footage through here. 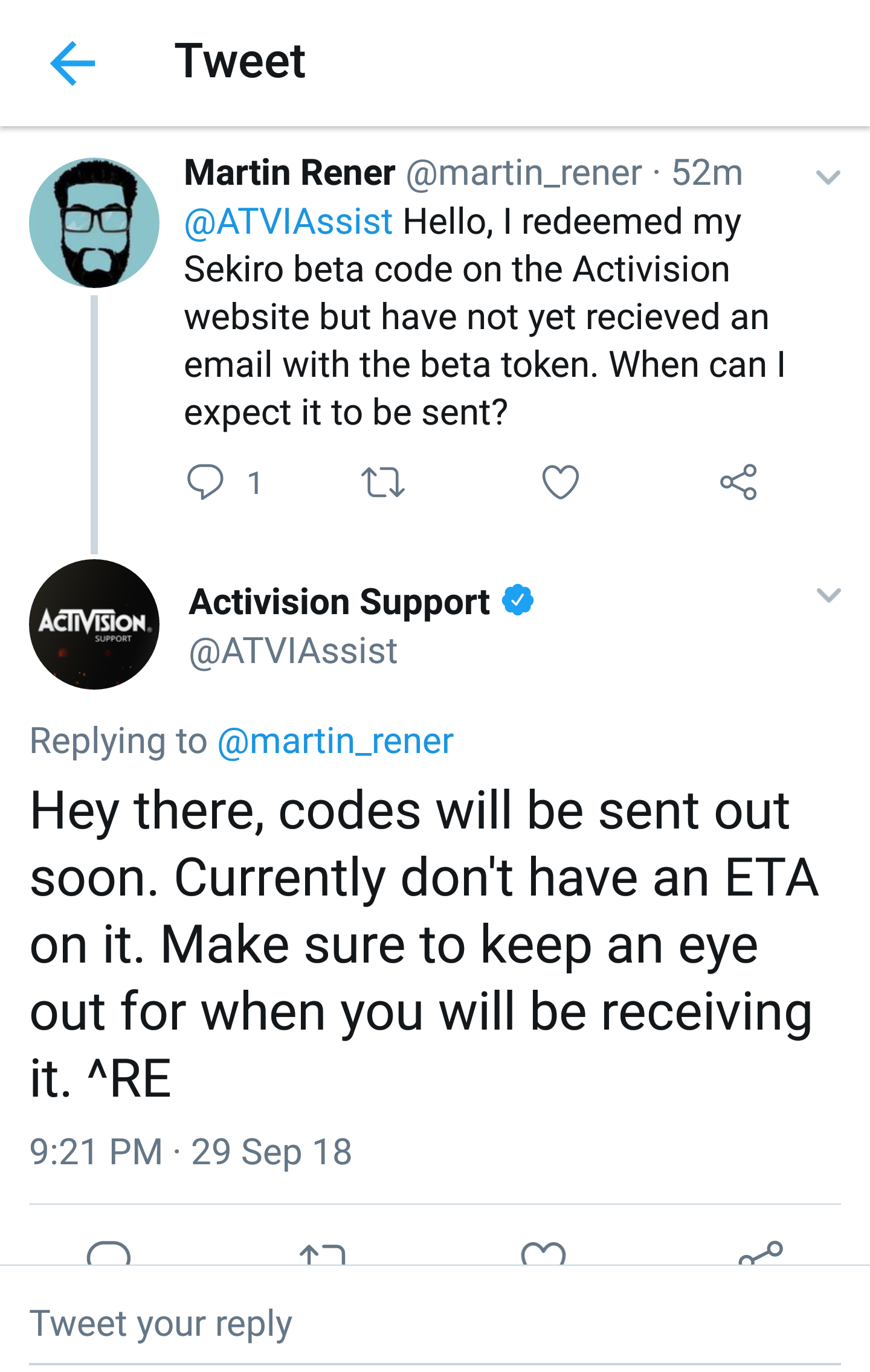