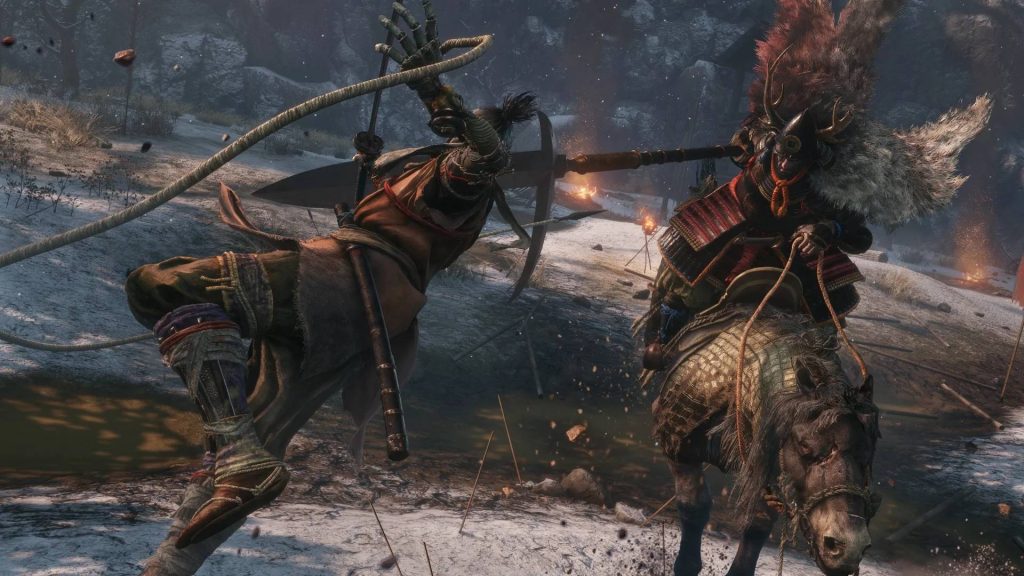 Strategy: Gyoubu Oniwa or the horseman boss fight is one of the first major challenging boss fights you will face in the game. As expected, this boss will charge at you with his trusty spear, so he will keep you on your toes. In phase 1, try and latch on to the boss using the Grappling Hook as this will allow you to inflict a few slashes. If the horse comes too close to you, you should use the Robert’s Firecrackers. This will make the horse unstable giving you the opportunity to inflict another couple of hits. Keep doing this and in no time, you will be able to strike one deathblow.

In phase 2, the boss will be able to recover much faster if he is stunned. We recommend maintaining a distance where you can grapple to him easily and land a few blows. Do note that his attacks and the amount of damage he can inflict will increase in this phase, so try and block/parry his attacks, grapple whenever you can and use firecrackers. Soon, he will be down and out.

Rewards: Defeating this boss will reward you with the Gyoubu Oniwa’s Memory and Mechanical Barrel prosthetic tool.