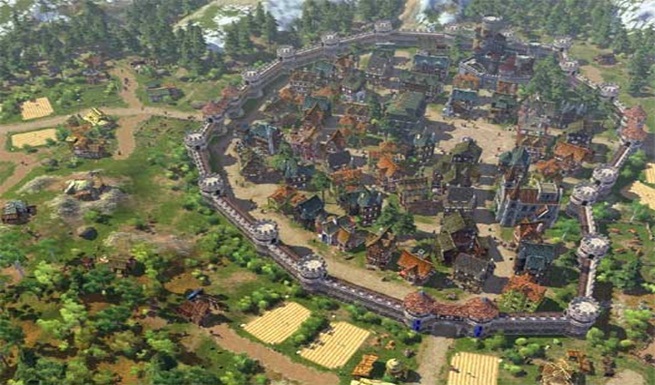 Ubisoft has announced that it will be releasing Settlers 7: Paths to a Kingdom Gold Edition for PC on February 25th.

The gold edition will include the full game along with all DLC for the game. Along with the original Paths to a Kingdom game, it will feature the Battle of Tanholm, Tempest Taiga and Fiery Chasm multiplayer maps, plus three four-player maps (Whitewater Falls, Twin Peaks and Grassland Mesa) which you can play in the Skirmish, Multiplayer and Empire modes.

The Tower of Tandria event location, Pacifist Economist, Ascetic victory points, Order of Knights, and Infernal Mines echobuilding will also be available as part of the included content.