Our in-depth comparison across the PS4, PS3 and PS2 versions.

Back in the day, Shadow of the Colossus was a technical behemoth on the PlayStation 2, featuring a huge open world, fantastic visuals and most of all, towering beasts that players need to climb in unique and different ways to take them out. Perhaps, what made Shadow of the Colossus such a fantastic game was its simplicity in design and how it used the relatively empty open world as its strength with the help of some truly wonderful background score.

Sony went ahead and released the remastered version of the game on the PS3 in 2011. It featured remastered textures, improved visual effects but most importantly it fixed the PlayStation 2’s terrible frame rate. But for some reason or the other, the game felt like it was way ahead of the technology at that time. Even the mighty PlayStation 3 felt like it wasn’t really doing justice to this intricately crafted game.

So when Sony announced that they were remaking the game on the PlayStation 4, I couldn’t help but feel excited about it. Ever since E3 2017, the stage where the remake was first announced, I always believed that the PlayStation 4 was the right platform for Shadow of the Colossus. And if anything, this point of view was solidified through the pre-release content released by Sony in the last few months. Now, after witnessing the remake, I can confidently claim that Shadow of the Colossus on the PlayStation 2 and PlayStation 3 was way, way ahead of its time. The game needed a platform to truly shine, to truly achieve its vision and the PlayStation 4 is the definitive plaform that truly does justice to this piece of art.

Other than fixing the numerous bugs from the PlayStation 2 and PlayStation 3 versions, Shadow of the Colossus PS4 remake, as the name suggest, has been built from the ground up. Not surprisngly enough, the game uses the same code base as the PlayStation 2, because it wouldn’t make sense to re-program the same AI behaviour and the various colossi puzzles. But the biggest improvements come in the form of massive visual modifications the team at Bluepoint made to the game’s core engine modules.

One of the gifts of the current generation of consoles is the ability to use physical based rendering pipelines which result into realistic lighting effects based on the type of material light is falling upon. This is extremely important in a game like Shadow of the Colossus, which uses incredible variety in environments such as deserts, grasslands, waterfalls and many others. This implementation of the PBR system in the game’s core engine allowed developers to include realistic interactions between the lighting environment and the materials that describe the world. So whether it be the lush forests or dark interiors or sand blown deserts, the engine transitions the game’s lighting beautifully and gracefully.

One only needs to look at the PlayStation 2 and PlayStation 3 versions and compare it with the PS4 remaje. There is drastic difference in material quality, atmospheric effects, texture filtering, and draw distance. Everything, as expected, looks amazing and super crisp. The remake also employs dynamic depth of field, motion blur, volumetric fog, light shafts and advanced color grading which all help to set the mood right. 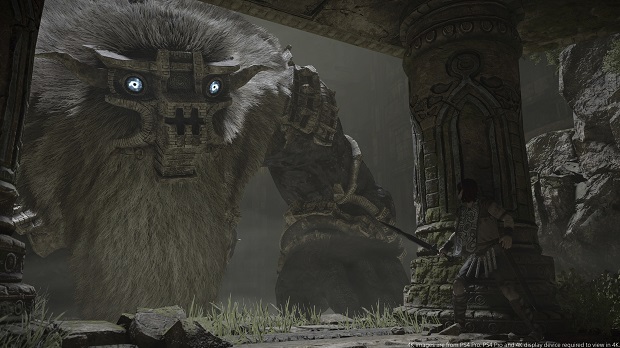 The team at Bluepoint also used advanced data streaming and aggressve level of detail methodologies so that maximum amount of detail can be resolved in the areas sorrounding the player. The game suffers from pop-in issues at times but to be honest, they are kept to a minimum thanks to an aggresive texture streaming solution. Sony claims that all of the organic, natural elements in the world were manually placed by artists and that there are over 150,000 rock instances, 11,000 tree instances, and with other objects the total reaches 290,000 instances. No wonder, the remake looks extremely detailed compared to the original version.

So yes, character models and environmental details’ quality has drastically gone up. But what about the Colossi? Well, let’s get this right out of the way. The original Colossi on the PlayStation 2 and PlayStation 3 were a sight to behold but playing them, remade, for the 4K generation on the PlayStation 4 Pro is an all together different experience. Sony claims that they went from 20,000 triangles in the original PlayStation 2 release to around 250,000 triangles in the PlayStation 4 remake for each Colossis. That’s more than ten fold increase! But perhaps the biggest improvement comes in the form of dynamic fur. Back in 2005, there wasn’t really a high-end fur technology but for its time, the solution worked. According to Sony, the PlayStation 4 remake has received special treatement as the developers treated each strand via a set of texture maps that defined various parameters such as strand stiffness, length, color, flow direction. In short, the fur on each Colossus varies differently and it behaves according to the beast’s movement, weather effects and a host of other dynamic parameters. 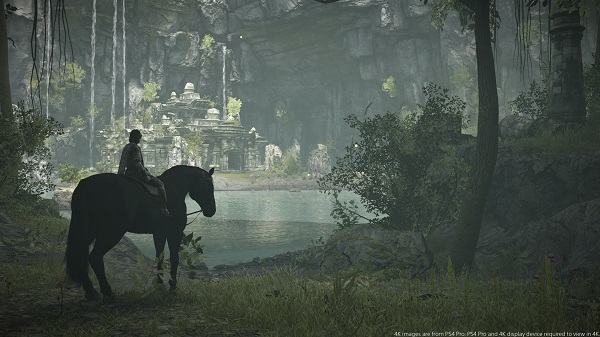 So it’s clear, the PS4 remake is head and shoulders above the PS2 and PS3 versions. But what about the PS4 version itself? Besides the numerous improvements that I mentioned, the game runs at a smooth 30 frames per second and at a native 1080p resolution. Unfortunately, the game doesn’t run at 60fps on the base PS4 SKU but its iterative version, the PlayStation 4 Pro has a couple of different graphics modes that should make owners of Pro very happy. The PS4 Pro version comes with two different modes: Cinematic 4K and Performance. The Cinematic mode runs the game at 1440p at 30fps whereas the performance mode renders the game at 1080p and at 60fps. I personally prefer playing the game at 60fps as the experience changes drastically compared to the cinematic 30fps mode.

So there we have it. Shadow of the Colossus has finally made its way on the PlayStation 4 and what a remake it’s. With a host of visual upgrades, phenomenal graphics, PS4 Pro support and gameplay that still feels fresh more than 12 years after its original release, is it fair to claim that this is perhaps the greatest remake of all time?

The answer is a resounding yes. This is by far Bluepoint Games’ best work and we can only hope that the PS4’s rampaging success will make Shadow of the Colossus Remake a huge success.

Tagged With: Bluepoint Games, ps4, Shadow of the Colossus, sony 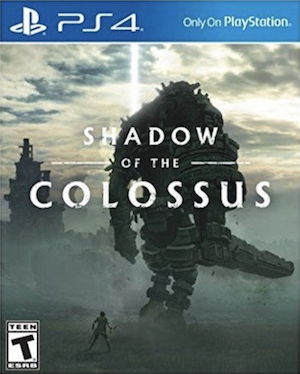