Shadow Of The Tomb Raider To Have Season Pass, Special Editions

Just in case you needed a statue of Lara in your life.

The shadows have lengthened and Lara has stepped out into the open to show off the next entry in the Tomb Raider reboot series with Shadow of the Tomb Raider. As is fairly standard for a Square Enix title however, the game is set to launch with a season pass and a special edition to see what extra they can get from the superfans.

The Digital Deluxe Edition will launch alongside the base game, with the OST, and outfit and weapon pack, Skills Booster Pack and 48h Early Access to the game. Meanwhile, the physical Croft Edition includes that 2 day early perk, the OST, Weapons Pack and the Season Pass, which will grant 7 weapons, skills, outfits and single player challenge tombs over the course of 7 months. Finally, the ultimate edition will include the game, OST and weapons pack, the season pass and finally a Statue of Lara, her flashlight and a bottle opener in the shape of her climbing tool.

With the Digital Deluxe version only, Steam owners will receive a wallpaper, PS4 owners are granted a dynamic theme, and Xbox One owners get a new Avatar outfit.  All of these editions launch with the base game on September 14th for PlayStation 4, Xbox One and PC. The game will see the young explorer in South America as she attempts to prevent the Mayan prediction of the end of the world. 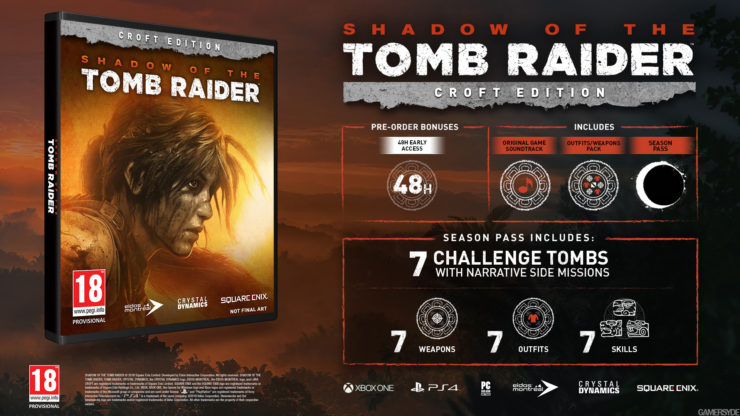 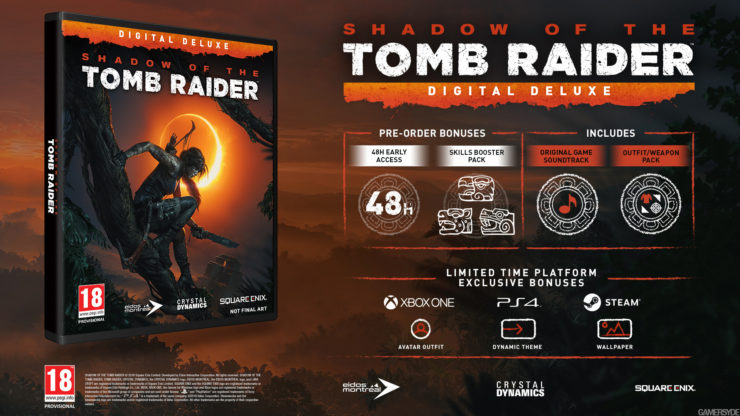 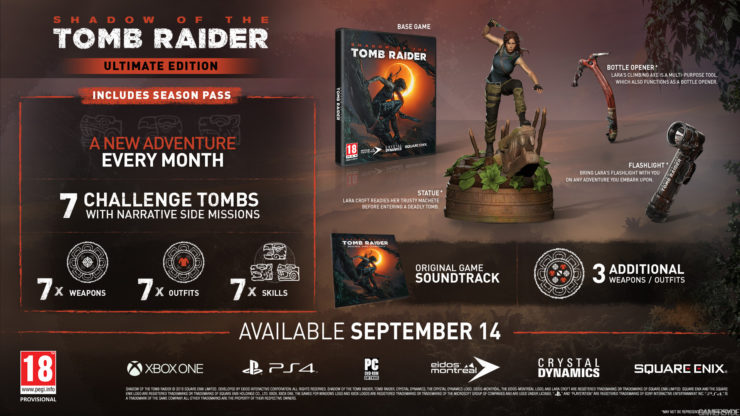