Coming to Steam first, with a GoG release to follow. 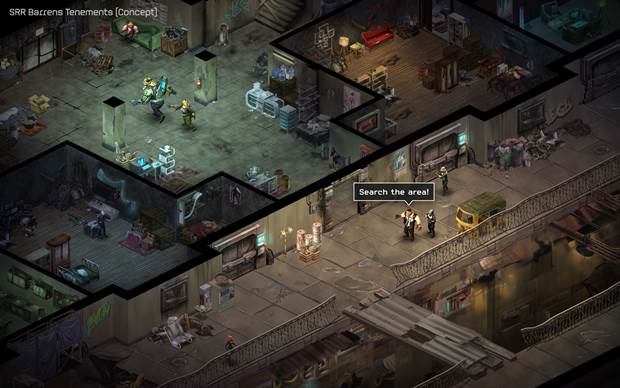 Shadowrun: Dragonfall, the first major expansion pack for the cyberpunk tactical RPG created by Harebrained Schemes, is now available for pre-order. The game itself costs around $14.99, although it does require that fans have the original game before it can be played.

The expansion features an all new full length campaign, along with a host of refinements and enhancements. The game will be made available on Steam first, with a GoG version to follow shortly. It will debut on Windows, Mac OS X, and Linux, although iOS and Android versions will follow soon.

“The response to Shadowrun Returns has been the highlight our year, from our audience posting their wonderful reviews, to the gaming media who awarded us all of these 2013 honors, to the amazing community of content creators using our editor to create their own awesome stories,” said Jordan Weisman, founder of Harebrained Schemes.  “Shadowrun: Dragonfall continues the high standards set by Shadowrun Returns, while adding in new features for the game and the editor that we hope will help draw fans even deeper into the Shadowrun Universe.”