We speak to creator Jordan Weisman about the upcoming crowd-funded tactical RPG.

As one of the most successful Kickstarter campaigns of all time, Shadowrun Returns will finally allow us to see if crowd-funded games live up to the hype when it releases on Steam for PC and OS X on July 25th. However, if nothing else, Shadowrun Returns could very well begin a brand new craze for the franchise with its robust sense of tools.

We recently spoke to creator Jordan Weisman to find out more about the game, and pick his brain regarding the exploding chaos that is the console indie world (spoiler: he’s kind of been too busy to notice).

Ravi Sinha: Shadowrun has come a long way since its tabletop RPG roots. How does it feel after all this time to see a return to form for the series, especially after the FASA’s lackluster Shadowrun first person shooter?

Jordan Weisman: It indeed has been a long time since I wrote the original Shadowrun premise, and a long way in terms of the electronic versions of Shadowrun. My first involvement in adapting Shadowrun to video games was with Data East when I worked with them on the SNES game. That was a blast to do.

I worked on a second version of the game at FASA Interactive, before the Microsoft acquisition, and I was pretty excited about the direction we were heading with it. Unfortunately, it didn’t survive the transition to MS. Now, with Shadowrun Returns, I feel like I’ve come full circle because the game we created with the backing of our fans empowers players to create their own stories. For me, that was always the heart of the Shadowrun RPG. 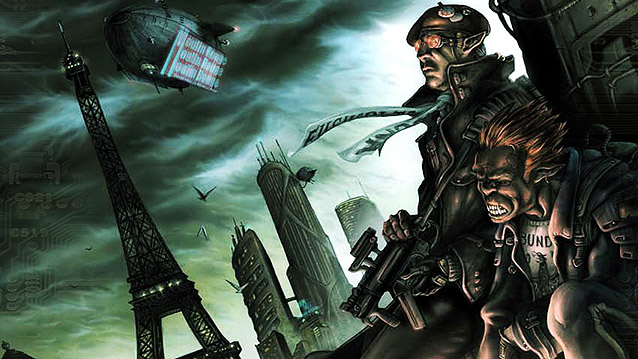 Ravi Sinha: The game can be completed using either lethal characters or by having combat-oriented NPCs help you fight. The idea, using the level editor, is to create stories without needing to rely on combat. When looking at a game like Fallout, for instance, which allows for any and all kinds of decisions and outcomes, what kind of scope does the level editor for Shadow Returns allow for helping players craft their own narratives?

Jordan Weisman: The Shadowrun Returns editor does indeed allow Gamemasters (what we call UGC creators) to design stories or even entire campaigns that could require no combat all or offer players different paths – some that require combat and some that don’t.

The game supports this through a powerful conversation editor that links to our trigger system and interactive objects. That combination opens up “adventure” game style interactions and I’m sure there are other creative uses for them we haven’t thought of yet.

"The Dead Man’s Switch campaign, set in Seattle, takes most players about 12 hours to play. Your play time may vary a little based upon how cautious a player you are."

Ravi Sinha: Could some one effectively recreate the first game using the level editor? Or maybe classic missions from the same.

Jordan Weisman: We have already seen our Early Editor Access Backers starting to recreate the SNES game using the level editor. Another team is dedicated to recreating every book ever published in the Shadowrun line – which is a project so ambitious that the mere thought of it awes me.

Harebrained Schemes is releasing our entire campaign in editor format so that Gamemasters can take any part of what we have created and mod it, change it, or take whatever parts of it they want to create whatever they want. 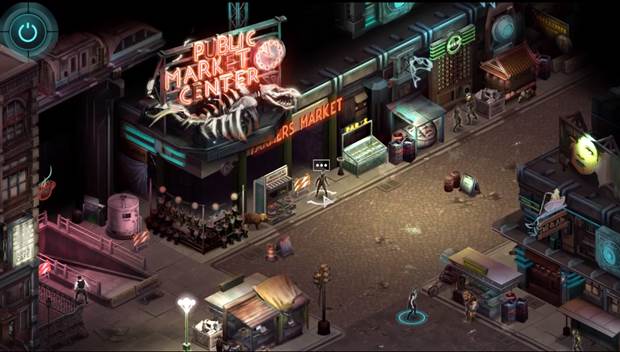 Ravi Sinha: What is the estimated play length for Shadowrun Returns?

Jordan Weisman: The Dead Man’s Switch campaign, set in Seattle, takes most players about 12 hours to play. Your play time may vary a little based upon how cautious a player you are. After that, we hope there will be endless hours of gameplay from the community. We are working on the Berlin DLC campaign now.

"While the majority of the team remains focused on the initial and subsequent releases for Shadowrun, a small group of us has been working on our next Kickstarter project which will be quite different from Shadowrun Returns"

Ravi Sinha: When asked about the development of Shadowrun Returns for tablets, you talked about how the style of the game lends itself best to the platform. With games like XCOM: Enemy Unknown, Deus Ex: The Fall and Prince of Persia Shadow and the Flame – which all more or less qualify as full PC experiences – what do you feel about the market for full-sized PC releases for tablets?

Jordan Weisman: Shadowrun Returns is a PC game designed with tablets in mind. We believe that with the incredible processing power available in tablets, we will see a gradual broadening of the tablet market to include more core games like Shadowrun Returns.

Ravi Sinha: Is there ever a feeling at times that there is a gulf between the kinds of games being created in the industry today? Like on one side, you have the big-budget AAA releases and on the other side, you have games like Shadowrun Returns, Broken Age and Wasteland 2, with very few niche titles actually going on to huge mainstream success?

Jordan Weisman: This is unfortunately the situation that both the movie industry and the game industry find themselves in due to the size of the budgets it now takes to create “Blockbusters”. Budgets of hundreds of millions of dollars don’t inspire corporations to take creative risks – quite the opposite.

And yet smaller games or movies with correspondingly smaller potential returns don’t move the bottom line enough for them to care about. So games like the ones you mentioned have been getting cut out of publisher’s portfolios. I truly hope that the crowdfunding innovation that allowed us to create Shadowrun Returns sustains as it can play a critical role in keeping the medium of games fresh and innovative.

Ravi Sinha: Executive producer Mitch Gitelman talked about Harebrained Schemes returning to Kickstarter soon. What can we expect this time around from the studio, and what is your personal view about the changing landscape of Kickstarter from when you started the Shadowrun Returns campaign till now?

Jordan Weisman: While the majority of the team remains focused on the initial and subsequent releases for Shadowrun, a small group of us has been working on our next Kickstarter project which will be quite different from Shadowrun Returns (hence the company name Harebrained Schemes).

The Kickstarter environment has changed a lot since we did the Shadowrun Returns campaign, and it requires a lot more preparation then it did a year ago.

"I don’t know where the ceiling is for crowdfunding as it keeps changing – but it is really an exciting time to be in the business."

Ravi Sinha: Do you see Kickstarter evolving to a point in the future where developers could even games for next generation consoles through it? We’ve seen something similar with Precursor Games and their Shadow of the Eternals campaign.

Jordan Weisman: I don’t know where the ceiling is for crowdfunding as it keeps changing – but it is really an exciting time to be in the business.

Ravi Sinha: Backers for the game will receive an exclusive mission which will connect the stories of the SNES and Sega Genesis games, but will we be seeing this mission available separately when the game hits retail, maybe as DLC?

Jordan Weisman: During the Kickstarter campaign we proposed that this mission be exclusive to Backers and they were very clear that they did not want that – they wanted everything we made to be available to everyone because they didn’t want to hold anything back from making the game a success. So we wove characters from both the SNES and Sega Genesis games into the plot of our Dead Man’s Switch campaign. We’d like to do more with that in the future, too.

Ravi Sinha: What are your thoughts on next generation consoles like the PlayStation 4 and Xbox One? How do you feel the indie policies for both will affect the industry in the coming years?

Jordan Weisman: I have to admit that I have been so heads down on Shadowrun and our next project that I have not yet dug into the next generation consoles or their indie policies.