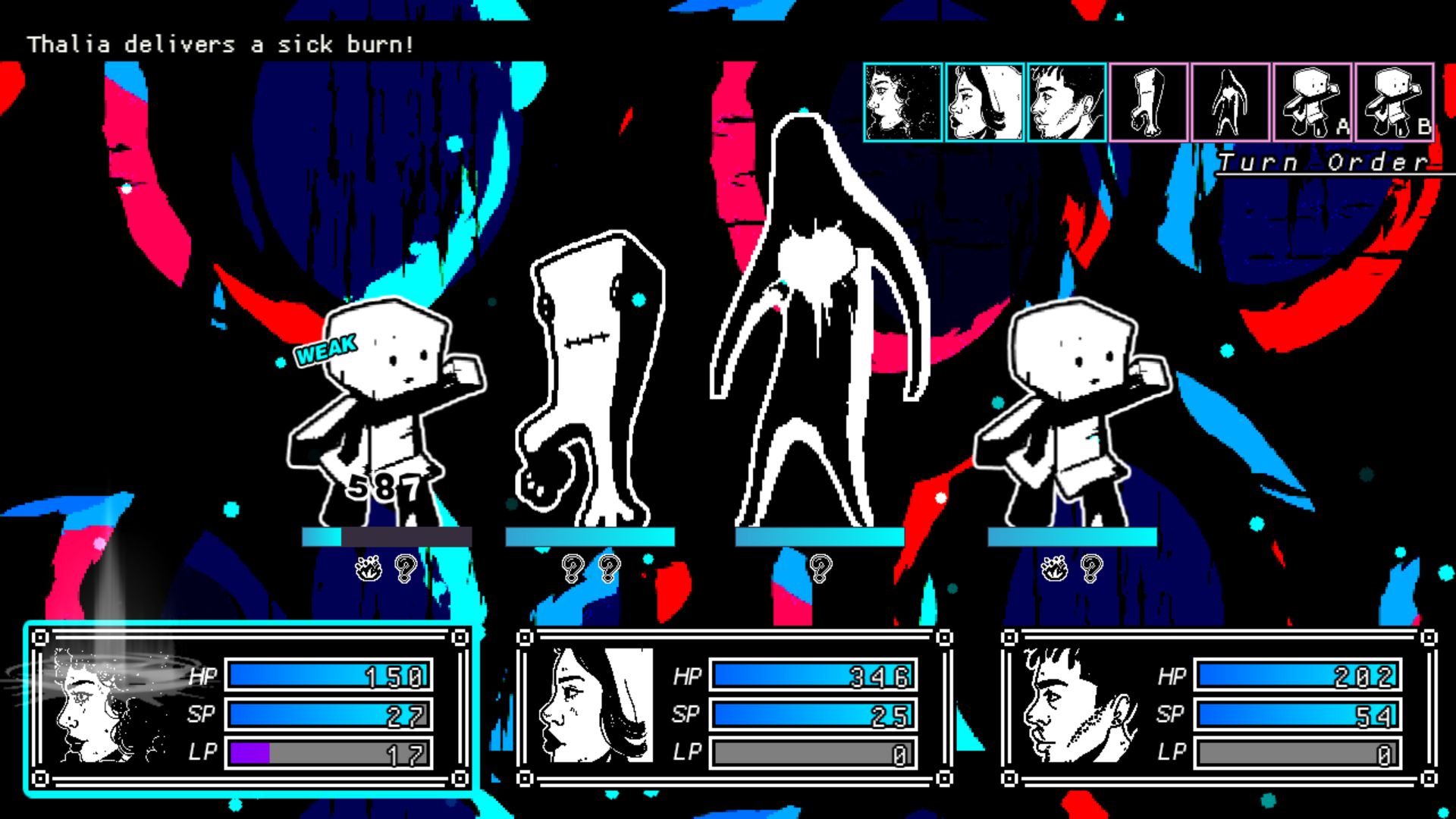 “Surreal” is the best way to describe Studio Zevere’s She Dreams Elsewhere. The indie title touts itself as an adventure JRPG based on dreams and how closely they can mimic the real world. That also means dealing with harsher things against the backdrop of a trippy art-style. Check out the first trailer below to see what we mean.

The player controls Thalia Sullivan, who suffers from anxiety and is currently in a coma. Traversing through the dream world, Thalia must defeat whatever is preventing her from waking up. Along the way, she’ll learn more about her circumstances, sense of identity and much more.

The trailer showcases a turn-based combat system with link-up attacks and the like. There are even specific instances of dialogue choices to go with the moody soundtrack. If you’re keen on trying the game out, a free demo is now live on PC via Steam. She Dreams Elsewhere is slated to release in early 2019 (so soon, then), so stay tuned for more details.