Shenmue 3 was never going to be the kind of ambitious, visually breath taking landmark game that the original two games were – indeed, to such an extent that they remain among the most expensive games ever made – but I must profess to being surprised by just how great Yu Suzuki has managed to get the game to look.

Suzuki shared a bunch of new screenshots for the game, and it looks really pretty- no, it’s not going to break boundaries or set new standards in realism like the original two games, but the stylized look seems to be doing Shenmue 3 a world of good, and the game looks really pretty. Pretty enough that I think it can proudly stand shoulder to shoulder with other, similar games.

Shenmue 3 is currently slated to enter full development in 2017, with a release projected for some time after that. The game has been discussed for PS4 and PC, although other platforms, such as Xbox One, or Nintendo’s Switch, are not off the table, either. 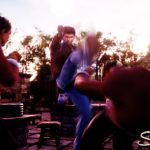 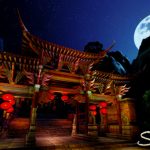 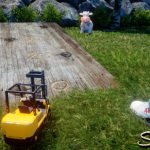