Holmes is back and he’s taking on a rogue Mother Nature. Shit just got real. 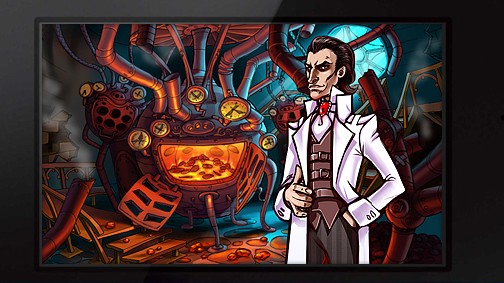 Who do you call when a violent snow-storm begins raging over London? Screw the Ghostbusters, get Sherlock Holmes. Focus Interactive brings us a brand new adventure for the Nintendo 3DS.

“Sherlock Holmes has his trusty friend, Doctor Watson, helping him on this very special case, to discover what or who has unleashed the storm that is paralyzing England’s capital city. One thing is certain: this storm is nothing natural, and Sherlock is determined to prove it!

Because screw your superstition, Science is in control, boys.

Explore amazing environments, meet and interrogate a cast of colorful characters, and examine objects and clues to discover the evidence needed to solve this incredible case. Many original puzzles and brain-teasers will put Sherlock’s investigation skills to the test, ultimately unveiling the truth behind the Mystery of the Frozen City!”

Sherlock Holmes and the Mystery of the Frozen City will is expected to release this October 2012.

Tagged With: focus group interactive, Nintendo 3DS, Sherlock Holmes and the Mystery of the Frozen City