Posted By Zahida Sayed | On 05th, Jan. 2012 Under Screenshots | Follow This Author @GamingBoltTweet

Check out these new screenshots from Shinobido 2: Revenge of Zen. This game is published by NAMCO BANDAI and is expected to be released by February on PSV.

Players will step into the role of Zen, a master ninja, through a thrilling dynamic storyline of betrayal and intrigue. Zen will find himself scaling sheer walls, leaping across roof tops, sneaking silently towards his prey and expertly dispatching foes with his razor-sharp blade. 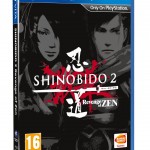 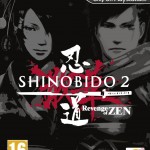