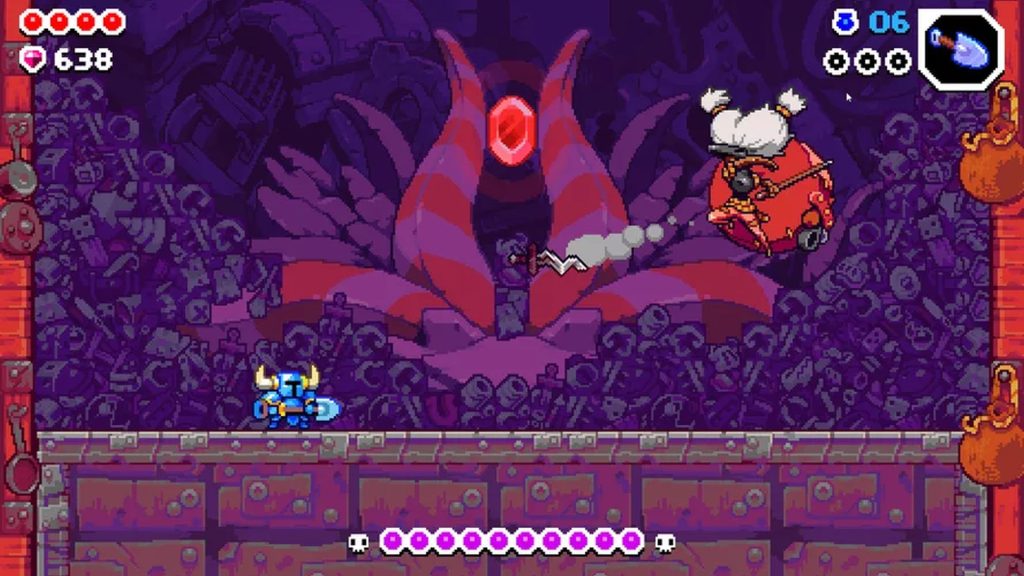 It’s been a year full of delays and Shovel Knight Dig from Yacht Club Games and Nitrome joins the list. Slated to release in December 2019 and then delayed to 2021, the platformer will now release in 2022. Yacht Club revealed that development was “going great” but that it needed a “little more time” than initially projected. This seems to indicate an early 2022 release but we’ll have to wait for more official details in the coming months.

In the meantime, the developer showcased one of the Hexcavators, Scrap Knight. Famed for her ability to recover pretty much anything, Scrap Knight keeps some of the most valuable items in a bag on her shoulder. As players venture through the Magic Landfill, which consists of Scrap Knight’s various treasures, they’ll eventually battle her one-on-one.

Scrap Knight will also be in Shovel Knight: Pocket Dungeon which is still slated to release this Winter for Nintendo Switch, PS4 and PC. As for Shovel Knight Dig, it’s currently in development for Xbox One, PS4, PC and Switch.