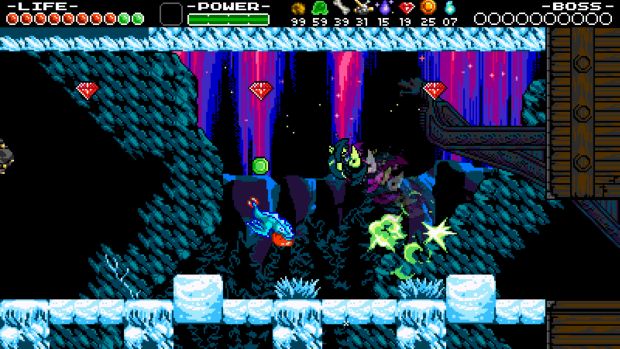 Yacht Club Games’ Shovel Knight will be receiving a brand new free expansion in the coming months with Plague of Shadows, which features a new protagonist in Plague Knight, and the developer has revealed one of the major new modes for the same.

Challenge Mode features quite the variety – as the developer states, “Are you more into digging than distillation? Already have your Feats book long filled out? Well, then sharpen your skills for Challenge Mode!

“Prove your mettle by taking on new scenarios and returning foes alike. Use every bit of Shovel Knight knowledge you have to take on speed run challenges, boss rematches, and other rule-benders…and expect some tricky puzzles too!”

There’s other content on the way as well including new upgrades, alchemy items and more. There will also be plans to localize Shovel Knight for Japan in the coming days. Stay tuned for more information on Plague of Shadows, including announcements regarding its release date.