Plague Knight’s campaign and Challenge Mode are finally on the cusp of release. 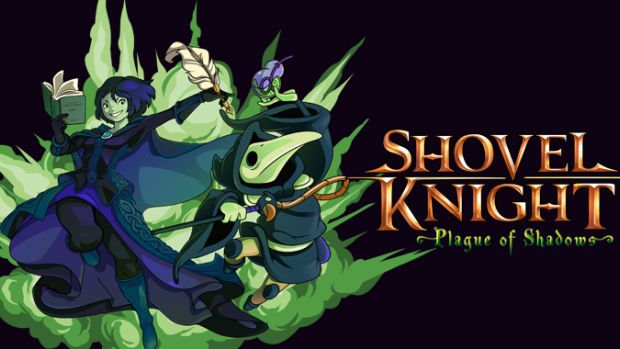 The free expansion to Yacht Club Games’ awesome indie platformer Shovel Knight: Plague of Shadows has received a release date. It will be available for PS3, PS4, Xbox One, PS Vita, Wii U, 3DS, PC, Linux and Mac OS X on September 17th.

Plague of Shadows will introduce a new Challenge mode, which has been anticipated for quite a while, along with alchemy but it will also offer a brand new campaign with players taking control of Plague Knight. He controls differently from everyone’s shovel wielding hero but has his own set of deadly abilities.

To access the new campaign, you’ll need to finish the main campaign in Shovel Knight. A code will be provided for those who need to start from scratch for whatever reason though so you don’t have to grind through the old content for the new story.

Will you be playing Plague of Shadows (and you should, especially since it’s free)? Let us know in the comments.