A few weeks ago came rumors that Konami had big plans for the Silent Hill franchise with the help of Sony. Allegedly, the company was looking to release not one, but two, titles with one even being a revival of the near-mystical Silent Hills that Hideo Kojima was working on before leaving the company. Konami seemingly squashed those rumors when they outright denied them not long after they popped up. But now, more teases come from a source that’s raised some questions once again.

Manga artist Suehiro Maruo posted a very interesting post to his Instagram and tumblr accounts. It shows a picture of what appears to be a gravestone with Silent Hills printed on it with a message underneath saying, “Afternoon invitations hope you’ll join,” and then another of Konami’s office in Tokyo (you can see it below). If you’re unfamiliar with Maruo, he is primarily known for his horror stories that mix eroticism and body horror.

Whether this is anything or not is up in the air, but considering the recent rumors, it is definitely interesting that it pops up now. While Konami did deny recent rumors, the company has stated they are open to reviving the franchise as well. Could this be anything, or is this an artist just being cheeky? We’ll just have to wait and see. 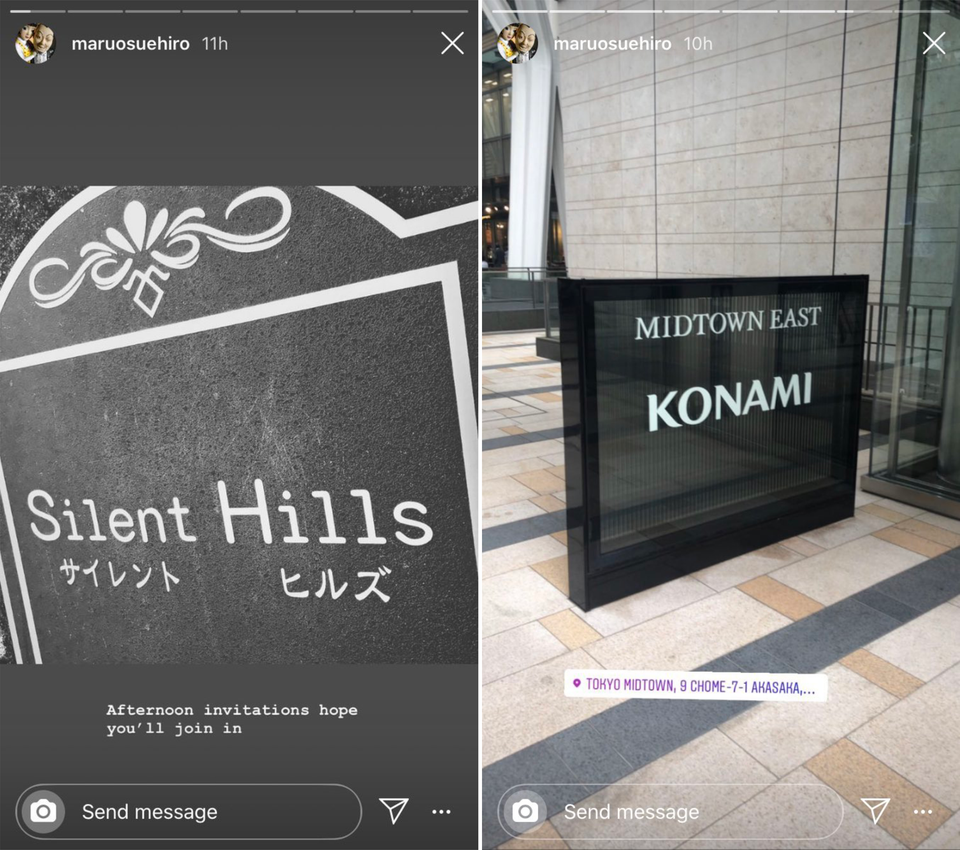