Film director Christophe Gans said in a recent interview that Konami is reviving its psychological horror franchise with new games.

"We will make an announcement about our future projects as soon as we can. So then you will know much more. Officially."

Prominent insider says the recently-leaked Silent Hill project was still in active development half a year ago, and will likely be unveiled soon.

AestheticGamer aka Dusk Golem has re-uploaded images from 2020 for the alleged title along with showcasing some new ones.

Silent Hill Shots From 2020 Allegedly Leak, Not the Only Game in Development – Rumor [Update]

Insider AestheticGamer has shared some shots that they claim are from the next Silent Hill...and received a DMCA notice for the same.

Konami has filed for a handful of trademark renewals, in which the name Silent Hill was also included.

Konami was a bit too late with renewing its ownership of the official Silent Hill domain, and someone else seems to have beaten them to it. 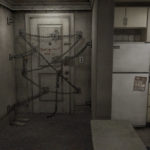 Rumours continue to bring up a Silent Hill revival, with a new report claiming that Hideo Kojima and his team are involved.

Can Bloober Team do Justice to Silent Hill?

Recent reports have suggested that Bloober Team is working on a Silent Hill revival, but is the studio the best fit for the beloved horror series?