8 Bit Studios talks about its upcoming multiplayer online versus title.

Skara: The Blade Remains might not stand out in this day and age. As a Kickstarter-funded game, it portends to be the world’s first Multiplayer Online Versus or MOV title wherein 16 players enter an arena and fight to the death. It’s powered by Unreal Engine 4 and the developer managed to procure $36,015 in funding. It’s not the biggest or baddest game set to hit the Xbox One, PS4 and PC but it’s certainly unique. There’s something about the game that calls out to a brutality reserved for fighting games while maintaining the aura of competitiveness and casual appeal that free to play games enjoy.

GamingBolt spoke to commercial director Cesar Ortega about Skara and the development process behind it, including its support for micro-transactions and the general inspiration behind the game.

Rashid K. Sayed: To begin with, tell us a bit about yourself and company? What is your staff strength and how did you guys started?

Cesar Ortega: We grew up together playing (and criticizing) videogames. We wanted to create our own title, mixing features from several genres because we couldn’t find one on the market the game that really seemed to have everything in it.

"Those who want only a quick match or a violent short skirmish will enjoy our Basic Game Modes, having a lot of fun with their friends or people around the world."

We put together a fantastic team combining developers with a lot of experience working in AAA games and some young talent coming from university, where Pablo teaches for the master’s program. The result is a well-oiled machine with huge potential, as we believe is shown in Skara after only ten months of development.

Rashid K. Sayed: Skara – The Blade Remains is an intriguing take on combat. What was your inspiration behind the game?

Cesar Ortega: Lot of different games, actually. We love Versus Fighting games, and our combat system aspires to be similar to Tekken or Soul Calibur. But to take this combat system to a multiplayer environment our inspiration are action games, from League of Legends to Call of Duty—yes, we do think it’s possible to merge all of these feature into a single title

Rashid K. Sayed: The game will bring 16 players together on a single ground, hacking and slashing at each other. Can you please explain how this will work? Will there be any special rewards for the last man standing?

Cesar Ortega: Actually it will, since we want to provide a different experience for every kind of player. Those who want only a quick match or a violent short skirmish will enjoy our Basic Game Modes, having a lot of fun with their friends or people around the world. Those players able to discover  Skara’s secrets will get access to faction modes, creating their own armies and constantly unblocking new features available only for the most successful players. This way we encourage competition between gamers, offering a skill-based game where only accuracy, quick reflexes and practice can guarantee wins.

Rashid K. Sayed: Since this is a free to play game, what kind of micro-transactions can we expect in the game?

Cesar Ortega: We are committed to making Skara a free-to-win experience. All the content will be cosmetic and freely accessible through virtual currency that can be earned during combat. Fatalities or ways to personalize your character will also be accessible through micro-payments, for example, but those players who don’t want to spend money will be able to purchase them with their in-game money. 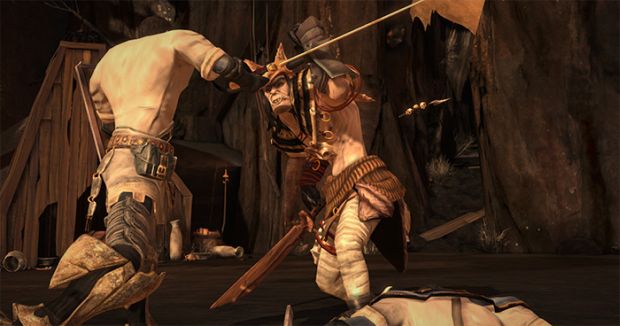 "Successful players will get the opportunity to create their own clans or tribes (we call them factions) and invite other players to join."

Rashid K. Sayed: I find it interesting that there are fatalities in the game. How do you plan to make them different yet unique from games like Mortal Kombat?

Cesar Ortega: We implemented a few really brutal ones, such as grabbing your enemy’s heart and showing it to them before they die. I don’t remember seeing that in Mortal Kombat! Our animation team really enjoy making them. It’s the time they can become free and create the spectacular scenes that will inflict fear over enemy souls.

We are also looking at implementing in-game procedural dismemberments in Skara, although this may come later.

Rashid K. Sayed: Players can take control of different territories. Can you please let me know how that will work?

Cesar Ortega: That is one of our favourite features and we are going of take a lot of care when implementing it. Successful players will get the opportunity to create their own clans or tribes (we call them factions) and invite other players to join. They will get a small point on the overall Skara map and will expand it as a consequence of their wins. The most successful factions will even get the chance to create their own arenas, and be remembered forever as those who ruled Skara.

Rashid K. Sayed: What kind of weapon/armour customization options and skill sets can players expect in the game?

Cesar Ortega: Players can create different customization sets to adapt to any battle or situation. This way, players can equip their character with a heavy armour if they are about to confront powerful enemies on the Siege Mode, or select Ranged Weapon equipment if they prefer to be in the distance backing their fellows with a rain of arrows. The way players of the same team or faction choose their equipment will become a huge thing in Skara, as the possible combinations can determine the outcome of a battle. 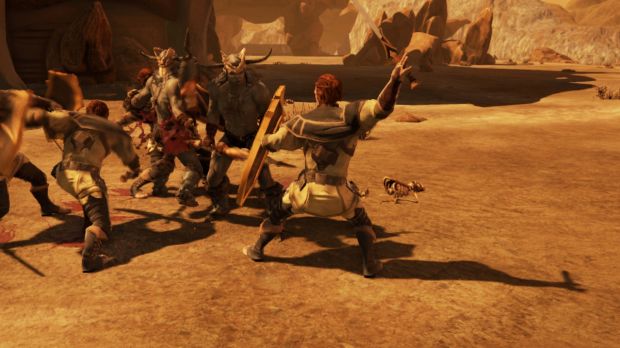 "The new SDK gives more resources to developers, and that´s always a good thing. We still haven’t decided where to use that extra 10 percent from the CPU, but probably not in effects."

Rashid K. Sayed: The game is confirmed to be coming to Xbox One. The eSRAM has been the culprit for majority of the games not running at 1080p on Xbox One. How are you tackling this situation?

Cesar Ortega: It’s too soon to say for us at this moment. We have our Xbox One developer kits as members of the ID@Xbox program, but we are focusing on the pc version first. As we are a small indie studio and we are not able to work on both versions at the same time, so when the moment comes to port the game to Xbox One and PS4, I´m sure we´ll face some technical problems, but I’m also sure we’ll overcome them.

Rashid K. Sayed: Are you using the June Xbox One SDK Update and Freed GPU Resource not using the Kinect, to improve performance of the Xbox One version?

Cesar Ortega: The first tests we made were with the June SDK, so our initial impression is that we are extremely happy with that 10% extra GPU.

The new SDK gives more resources to developers, and that´s always a good thing. We still haven’t decided where to use that extra 10 percent from the CPU, but probably not in effects. We are creating our effects to run similarly on both systems, no matter if it´s a PC or a console. But expect great things in our LOD´s system, with a more polished view of the characters and scenarios even from the far.

Cesar Ortega: We hope so, but again, it’s too soon to say. The tests we made are quite encouraging so far.

Rashid K. Sayed: What kind of differences do you see while developing on the PS4 and Xbox One? What makes them similar yet different from each other?

Cesar Ortega: Both systems are putting a lot of care to making life easier for developers, and that´s a huge improvement from the previous generations of consoles. We were able to port an internal build of Skara for Xbox One in less than 20 minutes, so we are dying to go deep with both systems. 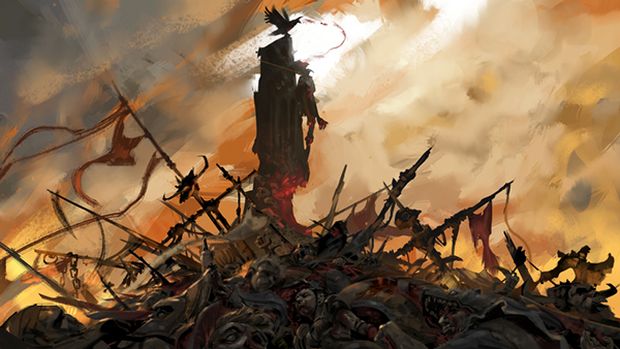 "We have been lucky enough to get access to Unreal Engine 4 even in a beta stage, but that proves that a small studio can compete in graphics with the big names on the industry."

Rashid K. Sayed: What are your thoughts on the PS4’s API? Do you think it will make the development of the PS4 version of Skara easier?

Cesar Ortega: Sure, the evolution of the API has been huge, and I see Sony´s platform as a great tool for indie devs to get their games published sooner than ever.

Sony is being surprisingly helpful so far, I think they understand now how important the indie scene is becoming, so we are glad that they are making life easier for devs, porting a game for PS3 was a nightmare and I guess that´s a lesson Sony learned. Actually we think both Sony and Microsoft are doing a great job with Indies for now!

Rashid K. Sayed: Tell us about the PC version. When can we expect early access to begin?

Cesar Ortega: September 2014. We are right now testing and balancing the game with our Backers on Kickstarter, since we gave them instant access to our pre-alpha as soon as the campaign ended. For all of those who missed our campaign, you can still get an invite via our website and forums.

Cesar Ortega: Honestly, expect great things from Unreal Engine 4 on the next generation of consoles. They made everything easier to work on multi-platform titles, and that will mean a lot of small indie studios delivering exciting experiences with beautiful graphics. Also, blueprints are a cool way to quickly prototype features or even complete games without writing a single line of code, so I anticipate a lot of titles coming from Unreal to Pc and consoles.

We have been lucky enough to get access to Unreal Engine 4 even in a beta stage, but that proves that a small studio can compete in graphics with the big names on the industry.

Rashid K. Sayed: Is there anything else you want to tell our readers about Skara?

Cesar Ortega: Thanks a lot for the questions and greetings to all the Gaming Bolt fans. Hope to see you all fighting in Skara soon!